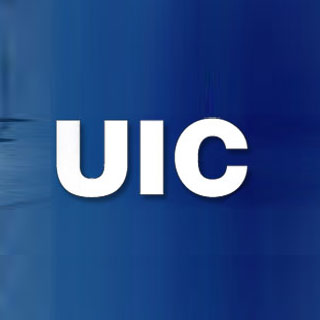 Naked mole rats appear to be among the most maligned creatures in nature. With their blind, hairless and pink appearance, these creatures however seem to be endeared by scientists all over thanks to their unusual physiology. Mole rats are supposedly small rodents that house themselves about six feet underground in large colonies of up to 300 members.

Well, a novel research by two experts from the University of Illinois at Chicago unfolds that the brain tissue in an adult naked mole rat has the ability to apparently withstand extreme hypoxia. This, the researchers hope should allow them to gain clues for understanding strokes due to brain injuries.

The scientists observed that the rats’ brain tissue could endure hypoxia or oxygen deprivation state for a time period much longer than that of mammals nearly over a half-hour. With these findings, it could be possible to get evidence in comprehending enhanced treatment of brain injuries. It may particularly help injuries linked to heart attack, stroke and accidents that tend to starve the brain of vital oxygen.

As part of the analysis, John Larson, associate professor of physiology in psychiatry, and Thomas Park, professor of biological sciences examined African naked mole rats. The researchers shared that the rats’ living conditions include tight and worse breathing environments having a restricted supply of air and that too high in carbon dioxide and low in oxygen. Any other mammal’s brain Larson and Park elucidate could suffer from irreversible damage due to the supposed foul air.

On inspecting the naked mole rats, the scientists found that they displayed systemic hypoxia adaptations like in the lungs and blood. In addition to this, they also showed neuron adaptations that supposedly permit the brain cells to perform even at levels of oxygen and carbon dioxide that probably would not be tolerable by other mammals.

“In the most extreme cases, naked mole rat neurons maintain function more than six times longer than mouse neurons after the onset of oxygen deprivation,” mentioned Larson. “We also find it very intriguing that naked mole rat neurons exhibit some electrophysiological properties that suggest that neurons in these animals retain immature characteristics.”

Interesting practically all mammal fetuses seemingly exist in a low-oxygen environment in the womb. For a short period in early childhood, human infants too continue to exhibit brain resistance to oxygen deprivation. However much unlike other mammals, naked mole rats cling to this ability even in adulthood.

“We believe that the extreme resistance to oxygen deprivation is a result of evolutionary adaptations for surviving in a chronically low-oxygen environment,” remarked Park.

“The trick now will be to learn how naked mole rats have been able to retain infant-like brain protection from low oxygen, so we can use this information to help people who experience temporary loss of oxygen to the brain in situations like heart attacks, stroke or drowning,” he finally added.

Lars believes that investigation of the naked mole rats’ brains could lead to clues that help acquiring information about the mechanisms that may enable longer neuronal survival. This he said could particularly apply to accidents or medical emergencies, suggesting ways that may prevent permanent human brain damage.

The research has been reported in the Dec. 9 issue of NeuroReport which is now online.

Common infertility treatment get thumbs down from researchers