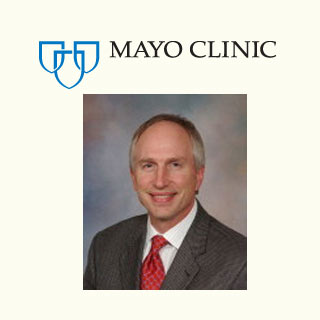 The Mayo Clinic conducted two studies which revealed that noninvasive stool DNA testing, can possibly help, in detecting two types of colorectal pre-cancers. It apparently seems that stool DNA testing, may be useful for detection of premalignant dysplasia, in patients with inflammatory bowel disease (IBD) and of an important type of colorectal pre-cancer called serrated polyps.

The first study, dealt with identifying cancer and a precancerous lesion, called dysplasia, in people who suffer from IBD. An investigation was conducted, by the study authors, of Mount Sinai Medical Center and the University of Chicago. Their analyses included 10 cases and 10 controls. Through stool DNA testing, they found nine out of 10 positive cases, including five of five with cancer and four of five with dysplasia.

David Ahlquist, M.D., a gastroenterologist with Mayo Clinic and the senior investigator, explained that, “This study shows that cancer and pre-cancer in IBD can be detected noninvasively. The 90 percent detection rate by stool DNA testing is remarkable. It’s important for people with IBD because they are at much higher risk for colorectal cancer than the general population. Given the limitations of colonoscopies in detecting these lesions, stool DNA testing could play a complementary role to improve the effectiveness of cancer surveillance.”

The second study, involved detecting the serrated colorectal polyps. Common adenomas usually stick out from the colon lining and are easy to see. But, serrated polyps are typically flat and the same color as the colon lining. Dr. Ahlquist, explained, that serrated polyps have been ignored or excluded from most screening studies to date because it wasn’t clear whether they were associated with cancer or no. He further enlightened, that these serrated polyps are regarded as the forerunner, in roughly 30 percent of colon cancers. They are mostly located, on the right side of the colon where screening had less impact.

For the second study, the authors first took tissue and identified two genetic markers that were present in serrated polyps, but not in normal colon. 14 cases and 19 control patients were made to undergo screening colonoscopies. The authors then, analyzed the markers (mutant BRAF and methylated vimentin genes) in their stool samples. The results were then compared, to the results of their fecal blood tests. Dr. Ahlquist claimed, that a 71 percent detection rate was observed with stool DNA testing. He further enlightened that; detection of these vital kinds of precancer by a stool DNA testing will help prevent colorectal cancer. The study authors now aim to approve both the studies in larger studies.

The study was presented at Digestive Disease Week 2010, the annual meeting of the American Gastroenterological Association.