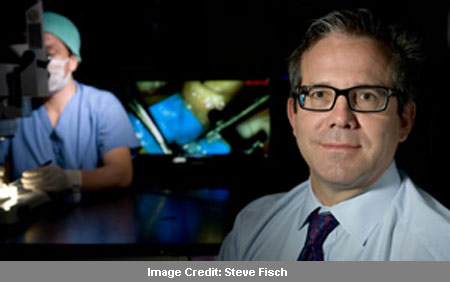 French surgeon Alexis Carrel won a Nobel Prize for advancing the process of rejoining detached blood vessels by using sutures. In a major breakthrough, researchers at the Stanford School of Medicine have seemingly developed a quicker, safer and more convenient method of linking blood vessels, devoid of sutures.

In a process called vascular anastomosis, the team utilized a poloxamer gel and bioadhesive instead of a needle and thread to link together blood vessels. One of the major disadvantages of using sutures is that they are not easy to use on blood vessels less than 1 millimeter in breadth. They also cause other problems like intimal hyperplasia that may lead to blockage. According to the scientists, this method is touted to avoid all these issues and can also apparently improve patient care by lessening amputations, strokes and heart attacks apart from being cost effective.

Stanford microsurgeon Geoffrey Gurtner was in search of a substance that would turn from liquid to solid and then revert back to liquid state to be used in vascular surgery. Fellow faculty member Gerald Fuller, suggested a FDA approved thermoreversible poloxamer namely Poloxamer 407. It comprises polymer blocks whose physical states are convertible by heating. The team then set out to modify the poloxamer so that it tends to become solid and elastic after heating above body temperature but also melts easily into the bloodstream when cooled without any harmful effects. It was then used to inflate both the entry points of the disjoint blood vessel that provided room to stick them together minutely.

“This is a novel approach to anastomosis that could play a valuable role in microvascular surgery. But it really needs to show that it holds up in clinical trials,” remarked Frank Sellke, MD, chief of cardiothoracic surgery at Brown University Medical Center and associate editor of the Journal of Thoracic and Cardiovascular Surgery, who was not involved in the study.

The investigators used a normal halogen lamp to heat up the gel. When experimented in animals, it was found that the process was five folds faster than the initial hand-sewn method. It also seemed to cause less inflammatory issues and scarring after a 2-year period. This methodology also apparently worked with very thin blood vessels such as those which were just 0.2mm wide that would have supposedly been very weak for sutures. The researchers used a surgical sealant called Dermabond to glue the ends of the blood vessels together.

As per the authors, further trials with larger animals are necessary before the onset of human tests. Gurtner believes that the new technique could be useful in minimally-invasive operations. The findings are published in the August 28 issue of Nature.