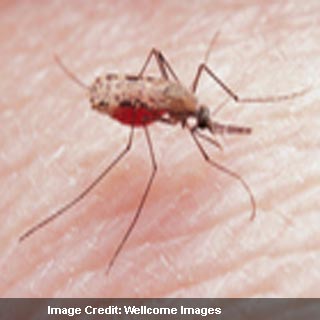 Malaria is known to be one of the world’s biggest killers. Reportedly it causes over a million deaths every year mainly in children and pregnant women in Africa and South-east Asia. Now a novel research by scientists from the Wellcome Trust reveals that malaria parasites could be using tactics to outwit our immune systems. The parasites are apparently capable of disguising themselves so that they can avoid the host’s immune system.

Caused by the malaria parasite, which is injected into the bloodstream from the salivary glands of infected mosquitoes, there are a number of different species of parasite. The deadliest one however is considered to be the Plasmodium falciparum parasite. It supposedly accounts for 90 per cent of deaths from malaria.

Infecting healthy red blood cells where it reproduces, the P. falciparum parasite generates a family of molecules, known as PfEMP1. These appear to be inserted into the surface of the infected red blood cells. Adhering to the walls of blood vessels in tissues, the cells become sticky. Restricting blood supply to vital organs, this in turn could avoid the cells from being flushed through the spleen where the parasites would be destroyed by the body’s immune system.

The disease could be extremely serious and potentially fatal if untreated in young children. Older children and adults who have grown up in endemic areas may be resistant to severe malaria. But they could rarely develop the ability to rid their bodies of the parasite. The experts are of the opinion that each parasite seems to have ‘recipes’ for around sixty different types of PfEMP1 molecule written into its genes. As the exact recipes appear to differ from parasite to parasite, every new infection may have chances of carrying a set of molecules that the immune system may not have previously encountered.

This could imply that researchers in the past may have ruled out the molecules as potential vaccine candidates. With the appearance of at least two main classes of PfEMP1 types within every parasite, investigators suggest that different broad tactical approaches could be used to infect the host. Depending on the immunity of the host, the most efficient tactic or even a combination of tactics could be used.

Parasites though could be adapting their molecules on the basis of which antibodies it encounters in the host’s immune response. This is the opinion of Dr George Warimwe and colleagues from the Kenya Medical Research Institute (KEMRI)-Wellcome Trust Programme and the Wellcome Trust Sanger Institute. The researchers also seem to have discovered evidence that suggests a possible limit to the number of molecular types which may actually be linked with severe disease.

“The malaria parasite is very complex, so our immune system mounts many different responses, some more effective than others and many not effective at all,” explains Dr Peter Bull from the KEMRI-Wellcome Trust Programme and the University of Oxford, who led the research. “We know that our bodies have great difficulty in completely clearing infections, which begs the question: how does the parasite manage to outwit our immune response? We have shown that, as children begin to develop antibodies to parasites, the malaria parasite changes its tactics to adapt to our defences.”

Malaria parasites in blood samples from 217 Kenyan children with malaria were analyzed by experts at the KEMRI-Wellcome Trust Programme as part of the research. The scientists found that when the children had a low immunity to the parasite, a group of genes coding for a specific class of PfEMP1 molecule named Cys-2 apparently tended to be switched on. The parasite appeared to switch on a different set of genes as immunity developed. Effectively it was observed to disguise itself so much that immune system found it difficult to clear the infection.

In addition to this an independent link between Cys-2 genes activity severe malaria in the children was also found by Dr Warimwe and colleagues. Specific forms of the molecule may be more likely to trigger specific disease symptoms reveal the experts. This seemingly also extends its support to an earlier finding in Mali that conveyed the same class of PfEMP1 molecule to be related with cerebral malaria.

The findings Dr Bull argues could propose a new approach in tackling malaria. It could be both in terms of vaccine development and drug interventions.

The research has been published in the journal ‘Proceedings of the National Academy of Sciences’.