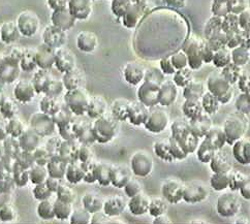 U.S. researchers have found that patients with high levels of triglyceride- a type of cholesterol- are more likely to suffer a large artery atherosclerotic stroke.

Previous researches have focused on the low density lipoprotein, or LDL, also known as the “bad” cholesterol that is well known for its links with heart disease and stroke.

The research involved 1,049 patients admitted to a university hospital with stroke, out of which 247 had a large artery atherosclerotic stroke.

It found no increased risk of large artery atherosclerotic stroke among people with high LDL. Those with high triglycerides and elevated “non-high density lipoprotein cholesterol” were more likely to have this type of stroke.

“We should focus on reducing LDL cholesterol as a primary goal but not ignore triglycerides,” said study senior author Dr. Bruce Ovbiagele, associate professor of neurology at the University of California, Los Angeles.

“We should also consider a trial to lower triglycerides to see if we can improve on the benefits we get from lowering LDL cholesterol,” she added.