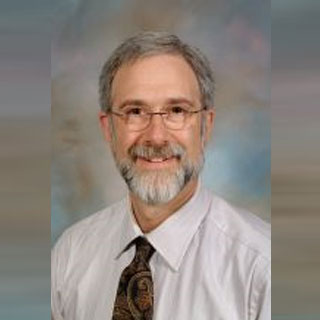 A common side effect of chemotherapy is observed to be chemo brain that supposedly includes the deterioration of cognitive function. Now a new study reveals chemo’s toxicity to brain as also its possible treatment. Experts from the Rochester Medical Center suggest that four chemotherapy drugs that are used frequently may disturb new brain cells’ birth. The condition though, it appears could be partially reversed with the help of the growth factor IGF-1.

This novel UR study may hold relevance to the brigade of cancer survivors facing a disappointing decline in cognitive function post chemotherapy treatment. The condition chemo brain is considered to be a newly identified one. According to the team, their study reveals surprising data about the effects of the four drugs on the brain.

Robert Gross, M.D., Ph.D., professor of Neurology and of Pharmacology and Physiology at URMC and principal investigator of the study, mentioned “It is not yet clear how our results can be generally applied to humans but we have taken a very significant step toward reproducing a debilitating condition and finding ways to treat it.”

Gross shares that they also seem to the first to report about the potential benefits of experimental insulin-like growth factor. IGF-1. Michelle Janelsins, Ph.D., research assistant professor of Radiation Oncology at the James P. Wilmot Cancer Center is the co-author and lead author of the study.

The scientists speculate that the chemo destroying ability of brain cells to regenerate in the hippocampus could be giving rise to cognitive problems. The hippocampus is basically known to be involved in the formation of memory and mood. The experts looked at a method in which they could understand the mechanisms at work. They also tried to find a way in which they could possibly manage the adverse effects on the brain before, during and after chemotherapy treatment.

In addition to this, the team also hypothesized that chemotherapy drugs known to cross the blood-brain barrier would be a bigger threat to brain cells than drugs that do not cross the barrier. The effects of routinely used doses of cyclophosphamide and fluorouracil that do cross into the brain, against paclitaxel and doxorubicin, which do not, were evaluated by the scientists to test the hypothesis.

“It could be that all of the chemo drugs cross into the brain after all, or that they act via peripheral mechanisms, such as inflammation, that could open up the blood-brain barrier,” Gross mentioned.

“Neurogenesis can also be altered by stress, sleep deprivation and depression, all of which are common among cancer patients,” further added Janelsins. “More thorough studies are needed to understand the interplay of these factors and the long-term effects of chemotherapy on the brain.”

A second second study of a single high dose of cyclophosphamide was then conducted by the scientists. The latter is known to be a mainstay of adjuvant chemotherapy for breast cancer. This is mainly because chemo brain seems to a frequent complaint of people receiving this particular drug. Apparently, the single high dose showed a 40.9 percent reduction in newly divided brain cells as per the investigation.

In earlier studies, it was exhibited that the experimental growth hormone IGF-1 could be capable of generally promoting new brain cell development within the central nervous system. The investigators hence opted to test its effect in the animal model. Prior to and following a conventional cyclophosphamide multiple-dose regimen, and a single, high-dose of cyclophosphamide, IGF-1 was administered. It appeared that the number of new brain cells in both models increase when given IGF-1. Besides, it was found to be much more effective in the high-dose model.

The team anticipates additional studies that should enable them to further evaluate the impact of IGF-1. They also plan to test other related interventions on the molecular and behavioral consequences of chemotherapy.

The finding is published early online in the journal Cancer Investigation.