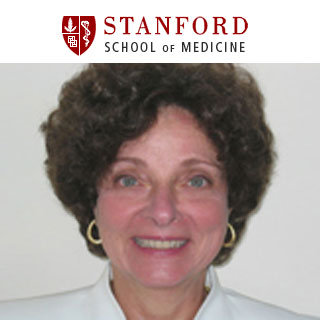 Induced pluripotent stem cells apparently hold much more potential than they are presently believed to. Researchers at Stanford’s School of Medicine reveal a protein essential for the quick and efficient reprogramming of human skin cells to express embryonic stem cell genes.

Induced pluripotent stem cells are supposedly normal adult cells that have been manipulated to develop the stem-cell-like ability. Differentiating into other types of cells, these may be potentially used to repair damaged tissue and also treat the ravages of disease. However researchers suggest that the forming of these so-called iPS cells is both time-consuming and inefficient.

With this new finding, the researchers could probably overcome this obstacle faced in the generation of iPS and embryonic stem cells. The main hindrance was considered to be the removal of molecular tags called methyl groups from specific regions of cellular DNA. The stem cell genes are known to be silent in adult or differentiated cells minus this process of demethylation.

“The mechanism of DNA demethylation in mammals has eluded us for decades,” remarked Helen Blau, PhD, the Donald E. and Delia B. Baxter Professor and member of Stanford’s Institute for Stem Cell Biology and Regenerative Medicine. “Now we’ve identified a protein involved in targeted DNA demethylation, and we’ve also shown that it’s critically important in reprogramming adult cells to function more like their stem cell predecessors.”

A high-efficiency cell fusion strategy was used by the scientists to recognize the protein activation-induced cytidine deaminase, or AID. The protein is believed to be commonly involved in the immune system to generating germ-fighting antibodies. Blau and her colleagues however astonishingly discovered an unanticipated role of the protein in embryonic stem cells.

The generation of iPS cells, researchers suggest could be revolutionized by harnessing the activity of AID and other proteins with which it may work. Through a process called somatic cell nuclear transfer, it could also help in the building of embryonic stem cells. Both the processes supposedly depend on the removal of the molecular tags from particular regions of the DNA. The team further shares that iPS cells though similar with embryonic stem cells in certain parts, they may differ from them in important aspects.

Along with research scientist Nidhi Bhutani, PhD, and graduate student Jennifer Brady, Blau then developed a way to evaluate how directed nuclear reprogramming takes place. The researchers apparently fused mouse embryonic stem cells with human adult skin cells so as to create cells that include DNA from both species.

The researchers could identify the gene products originated from the human nucleus as though the cellular factors mingle freely; there were differences in the gene sequences between the two species. Nearly 70 percent of the cells were observed to have turned on human pluripotency genes within days of the fusion.

The scientists saw that there was something in the mouse embryonic stem cells that was inducing a quick alteration in the DNA methylation status of these human skin cells. It was speculated that AID from the mouse embryonic stem cells could be the cause. The researchers uncovered that on blocking AID expression in the fused cells, the expression of the human pluripotent genes appeared to have dropped to nearly nothing.

“It’s clear that AID plays a crucial role in directed reprogramming of cells to pluripotency,” mentioned Blau. “Most of our previous efforts to study DNA demethylation in mammals have resulted in very subtle changes in methylation status. This isn’t subtle.”

Presently, the researchers claim to be further testing the work of AID. They hope to look at whether addition of AID to adult mouse cells could in fact convert them to iPS cells more efficiently, or minus the addition of other pluripotency genes. Besides, they are also working to identify other AID-associated factors that may be involved in the demethylation process.