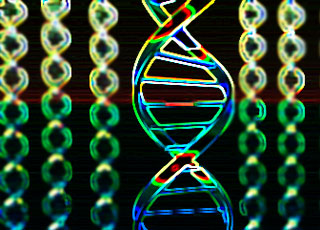 Scientists from Iceland and United States, together, studied the genealogical database of HCCAA sufferers’ ancestors. While hereditary cystatin C amyloid angiopathy (HCCAA) is principally a disease that a person inherits, the origin of the disease was not known.

Finally, scientists have identified a deadly mutation in the cystatin C gene, L68Q that lead to the disease. Scientists also found that this mutation occurred in an ancestor born around 18 generations ago, sometime in 1550AD!

HCCAA is known to victimize young adults with healthy blood pressure and is characterised by repeated brain haemorrhages resulting in death by the age of 30.

DNA haplotype analysis helped scientists to find the history of this disease whose origin was unknown. Described as the autosomal dominant disease, a high occurrence of HCCAA has been found in the residents of Iceland.

A major difference in the life span of HCCAA sufferers across generations has been recorded by the researchers. They found that 200 years ago the obligate carriers lived a normal life as compared to the controlled population.

The scientists found that 200 years ago, obligate carriers of the mutation lived a normal life span compared to the control population. While around 1820, the life span began to reduce to an average of just 30 years which is constant since then till now.

A matrilinear effect was noted by the scientists wherein the ones who inherited HCCAA from their mother died earlier. The ones born after 1900 and inherited the disease from their fathers had a difference of 9.4 years in the occurrence of death.

The study has made scientists determine the ‘drastic’ changes in the life of Icelanders as the trouble that has led to short life span. Otherwise, it has been found that Iceland’s traditional diet which consisted mostly of whey-preserved offal as well as meat, dried fish, and butter, in the past, “protected” the Icelanders population for as much as 300 years. However, with the invasion of imported carbohydrates and salt in the 19th century the complete diet of the nation has changed leading to more trouble in HCCAA sufferers.

This study can also be implied in cases of Alzheimer’s disease as the cerebral amyloid angiopathy (CAA) is found everywhere in Alzheimer’s patients and the amyloids contain the normal cystatin C protein along with other types of proteins. Scientists are hoping to come across preventive strategies for the mutated gene L68Q carriers by further studies and identifying the risk factors.

The study has been published in PLoS Genetics journal.