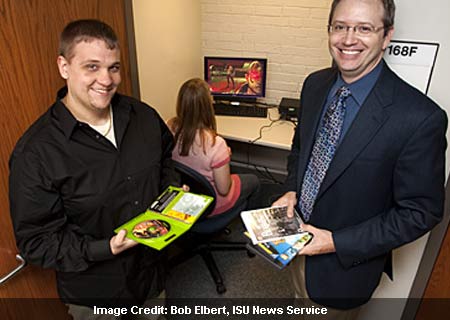 Remember a report citing video games to be helpful in the treatment of lazy eye syndrome? Now, experts from the University of Iowa State University have revealed that video games could increase attention deficits in impulsive children already experiencing them.

Children from nearly 12 schools aged between 8 and 17, were incorporated in the trial. They were asked to fill in questionnaires regarding their video game playing habits. Tests to gauge their impulsivity and attention spans were also conducted.

“In most video games or with most screen media, there is constant flickering of light which forces an orienting response. There are also sound effects and noises, and you need to attend to them, too. I think of these as crutches for attention — they support your attention so you don’t have to work hard to attend,” commented Douglas Gentile, an associate professor of psychology at Iowa State.

As per the outcomes, impulsive children already having issues with attention seemed to spend more time in front of the screen playing video games. This apparently decreased their attention spans further. However, the time devoted to playing video games came forward as an important factor in the analysis.

The team believed that the results of the study could imply different things in different scenarios. While the kids may be focused during the gameplay, they may find in difficult to maintain the same efficacy in other places like the classroom.

The scientists urged parents to pay more heed to their kids’ sedentary activities in terms of video games. This report is published in the journal, Psychology of Popular Media Culture.