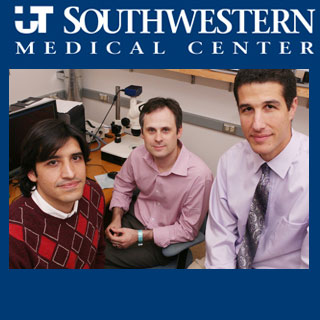 When we happen to see food that is not only good for keeping those hunger pangs at bay but also visually appealing, temptation certainly appears to get the better of us. And yes, we continue gorging on those delicious bites even when we are stuffed to the core.

Well, scientists from UT Southwestern Medical Center seem to have found clues to why some individuals continue to eat even whey they are full. Conducted in mice, the interesting research reveals that hunger-hormone ghrelin could be working the brain to make some people eat food that is supposedly ‘pleasurable’ even when they’re already full.

Earlier investigations claim to have shed light on the so-called hunger hormone. The body apparently produces it when hungry. The hormone may be acting on the brain to trigger this kind of behavior.

“What we show is that there may be situations where we are driven to seek out and eat very rewarding foods, even if we’re full, for no other reason than our brain tells us to,” mentioned Dr. Jeffrey Zigman, assistant professor of internal medicine and psychiatry at UT Southwestern and co-senior author of the finding.

In the past, scientists seem to have associated augmented levels of ghrelin to intensify the feelings of pleasure or reward experienced when one consumes alcohol or alcohol. Dr. Zigman and his team hypothesize that ghrelin might also be responsible for increasing the specific rewarding aspects of eating. As for the definition of rewards, he said they could generally be described as things that make us feel better.

“They give us sensory pleasure, and they motivate us to work to obtain them,” he added. “They also help us reorganize our memory so that we remember how to get them.”

Dr. Mario Perello, postdoctoral researcher in internal medicine and lead researcher of the current analysis shared that the idea was to ascertain ‘why someone who is stuffed from lunch still eats – and wants to eat – that high-calorie dessert.’

To better understand this, the researchers carried out two standard behavioral tests. The first one evaluated whether mice that were fully sated had a preference for a room that had previously included high-fat food over one that had only offered regular bland chow. Mice in this situation, they observed when administered ghrelin seem to have strongly preferred the room that had been paired with the high-fat diet. On the contrary, mice without ghrelin didn’t seem to have any preference.

“We think the ghrelin prompted the mice to pursue the high-fat chow because they remembered how much they enjoyed it,” Dr. Perello commented. “It didn’t matter that the room was now empty; they still associated it with something pleasurable.”

In addition to this, the researchers also discovered that blocking the action of ghrelin stopped the mice from spending as much time in the high-fat food associated room. The hormone is known to be normally secreted into the bloodstream upon fasting or caloric restriction.

As part of the second test, the team closely investigated the time period the mice continued to poke their noses into a hole so as to receive a pellet of high-fat food.

“The animals that didn’t receive ghrelin gave up much sooner than the ones that did receive ghrelin,” Dr. Zigman further concluded. “Humans and mice share the same type of brain-cell connections and hormones, as well as similar architectures in the so-called ‘pleasure centers’ of the brain. In addition, the behavior of the mice in this study is consistent with pleasure- or reward-seeking behavior seen in other animal studies of addiction.

Dr. Perello sees the next step as determination of the neural circuits in the brain that appear to regulate ghrelin’s actions.

The research appears online and in a future edition of Biological Psychiatry.