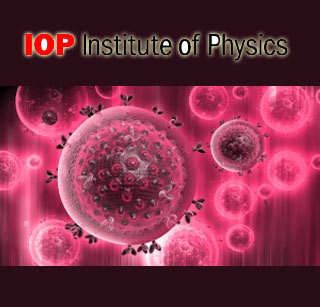 Physicists and biologists from Xiamen University claim to have developed a new improved modelling system which attempts to incorporate more of the virus’ random behavioral dynamics. These researchers suggest that a particular type of T cell could be useful in the development of an AIDS vaccine. The experiment incorporates random patterns in the virus’ mutation, and explains the way the virus responds to antibodies.

Clinical behavior of the virus apparently seems to mirror real-life development of disease in the new model.

The Chinese researchers wrote, “We assess the relative importance of various immune system components in acute phase and have found that the CD8+ T cells play a decisive role to suppress the viral load. This observation implies that stimulation of a CD8+T cell response might be an important goal in the development of an effective vaccine against AIDS.”

During the acute first phase the HIV virus seems to behave quite normally. It has been known that 2-6 weeks after HIV enters the host body the strength of the virus increases and our immune systems deploy killer T cells, CD4+ T cells, to battle against it. HIV virus probably spends years rebuilding strength gradually chipping away at our immune system. It is also known that the HIV virus somehow avoids total annihilation. It is suspected by the researchers that HIV has its own mutating properties which probably help the virus avoid annihilation. It is also assumed that the virus has an ability to preferentially target CD4+ T cells which are the master regulators of our immune system.

A simulation has been created by the model-makers which takes a wide range of variables into consideration. Once they agreed that both HIV’s mutating and T-cell targeting ability are crucial to the virus’ devastating success rate, they claim to have found a chink in the virus’ armour.

No models till date have clearly known the behavioral patterns of two different types of T-cells, both of which are involved in our internal fights against HIV. These are CD4+ T and CD8+ T cells. It is suggested that CD8+T cells may be used to stimulate a stronger response against the virus.

It failed to appear that this particular type of T-cell is a preferential target by HIV as its counterpart. Similarly, during the first acute phase of the infection it began appearing that it was more actively involved in putting the virus down.

The research was published on 29 April, in New Journal of Physics.

Risk of cancer seemingly linked with length of biological marker