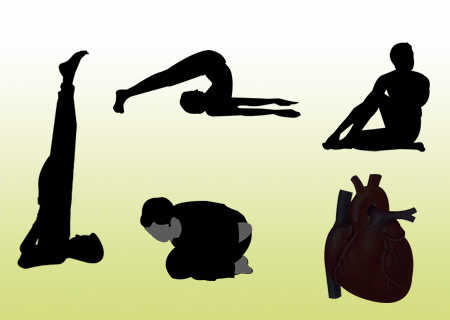 A little flab can give you more than just ill-fitting clothes. It’s everywhere, there are chips and there are smart chips. There’s harmful oil and there’s good oil. And let us not even get into the calories. As city folk get affluent, they get more decadent. You would feel there are more people out there with more ways to dwindle you of your new found wealth.

We all know and understand that obesity, high cholesterol, high blood pressure, insulin sensitivity (high sugar) etc are bad omens. These form a cocktail of ill health that is the most common scenario for anyone over 50 years of age or even younger. We also understand, intuitively or from experience that one may lead to another or vice versa. Few would however be aware that there exist strong clinical theories supporting this. It is termed as Metabolic Syndrome or MetS or more ominously, syndrome ‘X’. It is not a condition in itself but a group of risk factors that predispose a person to type II (or acquired) diabetes and coronary heart disease.

These risk factors are related to obesity. This includes central obesity or in layman’s term, a large waistline. Now you might ask how this is different from simply being fat. The answer is; excess fat around the waist has been co-related with increased incidence of heart disease than fat in another area of the body. A high level of triglycerides (a type of fat) in the blood, low levels of HDL (high density lipoproteins) or ‘good cholesterol’, high blood pressure and higher than normal fasting sugar levels are the other obesity related risks. Of course, a person can have any one of these conditions exclusively but they tend to co-exist. Presence of any 3 of these is diagnostic of metabolic syndrome.

There has been some debate about whether MetS is anything more than a man made list of risk factors rather than being an actual precursor in itself. Some bodies of academia are of the opinion that MetS is nothing more than a sum of its parts. However, the numbers are staggering. Up to one-fourth of the population of the United Sates over the age of 20 has MetS. 8% Indian men and 46% women are claimed to have it. While as many as 75% of patients with type II diabetes have metabolic syndrome, there is 50% prevalence in patients with coronary heart disease.

The figures vary widely with ethnicity and geography. In different cities within the country, prevalence may be as high as if not higher than the U.S. figure of 25%. These figures are too high to be ignored. The underlying pathophysiology is not completely understood but enzymes that cause inflammation, dyslipidaemia and insulin resistance have been identified. Perhaps, one of the most important discoveries of recent years has been the hormonally active nature of adipose tissue (fat cells). As noted in previous articles, fat cells release a variety of biologically active chemicals like adipokines and adipocytokines. These lead to a chronic inflammatory state at the systemic and vascular level. Inflammation of the blood vessels leads to atherosclerosis which leads to hypertension.

One simple argument is that it is not only fat people who develop diabetes and hypertension. But anyone making this argument would also have to agree that the number of such people is very small. Obesity is a factor of metabolic rate which is in turn dependent on genes. People with faster metabolic rates (rate of assimilation of food in simple terms) have a lesser tendency to put on weight. But this does necessarily save them from the adverse effects of fatty foods, smoking and lack of exercise.

As a condition in itself, no studies have been done specifically for the treatment of Metabolic Syndrome. But newer combination drugs that are aimed at treating high cholesterol and high blood pressure are an acknowledgement of the co-occurrence of these risk factors. Most of us would have heard of the ‘poly-pill’ concept. A poly-pill would contain 2 different types of hypertension lowering drugs, a cholesterol reducing statin and aspirin. Combinations with diabetes controlling drugs are also available.

Aspirin is truly a wonder drug with newer applications still being discovered. Its effectiveness in reducing the risk of a major cardiovascular event by more than 10% is well documented. In fact, such drugs are already available in India and are being promoted as prognostic treatment to major cardiovascular events and diabetes. This means patients who have not yet been diagnosed with a serious heart condition but are considered at high risk are to be put on such drugs. Doctors will be circumspect of this new concept and will still suggest you to exercise and avoid fried things and get a blood test after 3 months. So remember you cannot continue on your glutinous way and pop a pill to cover up for it.

Now the number one point you will find in any write up about metabolic syndrome or its constituent conditions is changes in lifestyle. It sounds simple enough as it is a lifestyle disease of the affluent west. If we say it is easier said than done, most of the readers will nod knowingly. In the past we here at HealthJockey have tried our best to offer workable options from simply watching our intake of sugar and salt to salsa dancing. What we will do here is offer something that you can start not from tomorrow but right now.

These are some yoga poses that are believed to control diabetes by stimulating the pancreas:

Mandukasana: Sit on the floor with your knees folded so that your thighs rest on the lower part of your legs. Curl your hands into fists and place them at the upper end of your thighs, i.e. in the pelvic region. Breathe out as you bend your upper body forward, halfway to the floor. Bend from the waist and not the neck so as to keep a proper arched-back form. Hold this position for at least 20-30 seconds maintain normal breathing. All the while, keep your gaze forward.

Ardha-matsyasan: Sit with both feet stretched out on the floor. Slowly drag your right foot along the floor bending it at the knee. Bring it under the upper end of your left thigh. Now place your left ankle over the folded right leg. Stretch your right arm over the folded left knee and try to touch your left heel. Finally, place your left palm on the floor and straighten your arm. Turn your gaze towards the left by turning your neck till your chin touches your left shoulder. Switch sides on the next go. Breathing is to be kept normal and hold time should be 10-15 seconds initially. This probably sounds impossible sitting in front of a computer screen. But the idea is to do it as much your body allows. We will follow this by an easier exercise.

Sarvangasan: Considered to be an exercise for every body part, it involves sitting down on the floor or a firm mattress and placing both hands above the hips. With your elbows as support, lift both feet in the air. Hold your feet as straight as possible for at least 10-15 seconds initially. Now bring your feet down over your head so as to touch the floor. Simultaneously, straighten your elbows so that your palms touch the floor. Hold this position for 10-15 seconds and return to normal by rolling your feet back into a sitting posture. Breathing is to be kept normal throughout the exercise.

Hold time mentioned in all exercise is only notional. Do as much your body allows without exertion or pain. With continued practice, you will be able to increase the execution and hold time up to 2-3 minutes.

With these insights, it seems evident that a few changes in our lifestyle could help prevent many diseases. We can thus make educated choices about what we eat and the way we choose to lead our lives.