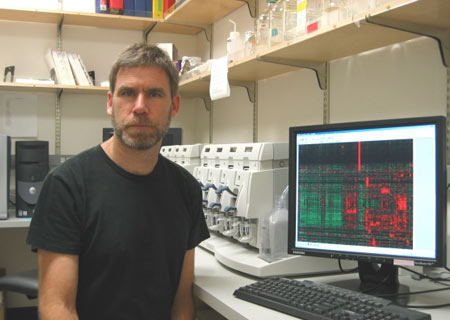 Scientists seem to be working round the clock to offer an effective therapy for cancer. Now they appear to be focusing their thoughts on brain cancer. Study authors from UCLA’s Jonsson Comprehensive Cancer Center have apparently conducted the first complete genomic sequencing of a brain cancer cell line. This progress may result in modified treatments based on the unique biological signature of a person’s cancer and that could divulge new molecular targets for which more effectual and less toxic drugs may be developed.

The study could also result in improved means to examine for brain cancer recurrence, thereby enabling from much earlier diagnosis and treatment when the cancer recurs. Doctors may also utilize the outcome to formulate an examination to find out when the brain cancer has been destroyed, thus averting overtreatment with injurious drugs that may afterward cause incapacitating health issues.

“This is very exciting because we, as scientists, can now move forward with revealing complete cancer genomes. Cancer is at its heart a genetic disease. Cancer cells have acquired mutations that allow them to invade tissues and to not live by the normal rules. The changes from normal (mutations) that have given the cancer these special properties are encoded in DNA, and the entire DNA sequence has just been too complex and costly to decode until now,” commented Dr. Stan Nelson, a professor of human genetics and a researcher at the Jonsson Cancer Center.

The sequencing was supposedly performed on a much-studied glioblastoma cell line known as U87, which is being applied in over a dozen UCLA cancer laboratories and examined in over 1,000 laboratories globally. The study authors apparently chose the cell line, since it has been so carefully assessed. The sequencing may enable experts who have investigated the cell line to reinterpret their results.

The sequencing appeared to divulge almost every potentially cancer-causing chromosomal translocations and genetic deletions and mutations that could have led to cancer’s development. The study seemingly comprised of extracting long strands of genetic material from the cancer cells and sheering them, or cutting them up indiscriminately. Billions of diverse DNA fragments from this cancer could be concurrently read with next-generation sequencing technology. The genetic material was examined apparently more over billion times to guarantee that the outcomes could be both extremely responsive as well as precise.

Acknowledging the genes that are mutated and propelling cancer’s development may enable doctors to select therapies most appropriately to assault the precise molecular signature of that patient’s disease to offer more effectual treatment. The sequencing may also disclose a molecular abnormality that seems to be impelling the cancer, thus unfurling a target that could result in the creation of new therapies that home in on cancer cells and leave the healthy cells alone. Patient-specific diagnostics may also be formulated to check for cancer reappearance.

Nelson quoted, “Sometimes it’s difficult to tell if a cancer is coming back or if what you’re seeing is scar tissue. Scientists could develop a sensitive molecular assay that looks for a unique mutation found only in the cancer cells and not in the healthy cells. If that mutation is found by the assay, the cancer has returned, and patients could be promptly treated when the recurrence is at its earliest stage and easiest to treat. Conversely, such an assay could be used to determine when the cancer has been effectively eliminated and it’s safe to discontinue what are harmful treatments.”

As per Nelson, one easy assay may have an incredible effect on how cancers are treated.

Nelson and his team developed a website where experts can log in to and recover the sequencing data for utilizing in their own experiments, a kind of mini–human genome project. Nelson is of the opinion that sequencing all cancer genomes may lead to important paradigm shift in the way cancers are treated.

The team of experts in Nelson’s lab has apparently initiated a procedure at UCLA to sequence other cancer cell lines in an extremely precise and cost-effective way. Nelson’s objective is to sequence a patient’s individual cancer and turn the data around adequately fast to offer oncologists with the information they require to call for instant treatment decisions.

The study appears in PLoS Genetics, a peer-reviewed journal of the Public Library of Science.