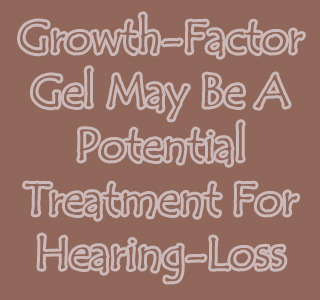 Patients with sudden sensorineural hearing loss (SSHL) may lose hearing ability in one ear within 3 days. Such patients are presumably treated by standard therapy, but 20 percent fail to respond positively. A recent study suggests that gelatin hydrogels can effectively treat SSHL patients.

At the time of the study, 25 patients were treated at a median of 23 days after the ailment onset between 2007 and 2009. Gelatin hydrogels infused with recombinant human IGF1 were applied into the middle ear. Primarily many patients reported improvement in hearing at 12 weeks and the incidence of adverse events. 33 percent patients possibly had better hearing.

On completion of 12 weeks, 48 percent patients, 95 percent from CI and 69 percent gelatin hydrogels treated, probably had hearing improvement. The proportion apparently rose to 56 percent with 95 percent from CI at 24 weeks. Scientists were unable to register any serious adverse events of the treatment. It was suggested that topical IGF1 application using gelatin hydrogels helps recover hearing in SSHL patients who are resistant to systemic glucocorticoids.