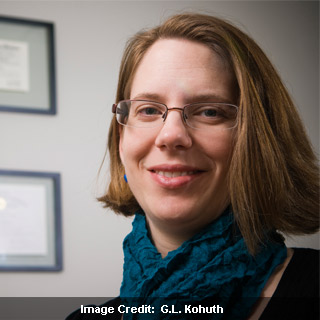 If this study turns out to be accurate, then children with autism could have a new light of hope. A Michigan State University Psychologist claims children suffering from autism could possibly be given enhanced treatment if supporters of the two main teaching techniques stopped squabbling over theory and concentrated on a more collective approach.

For several years, the behavioral and developmental camps have supposedly quarreled over which theory appears to be more effectual in teaching communication and other skills to preschool-aged children having autism. Essentially, behaviorists are of the opinion that learning appears to take place through reinforcement or reward while developmental camps seem to emphasize on stress learning by means of significant communications with caregivers.

Even though the theories vary, the definite techniques the two camps eventually utilize to teach children could be noticeably comparable, particularly when the treatment is naturalistic, or unstructured. This was mentioned by Brooke Ingersoll, MSU assistant professor of psychology.

Ingersoll asserts that believers of the behavioral and developmental approaches ought to forget their disparities and apply the finest practices from each to meet the requirements of the student and the strengths of the parent or teacher.

Ingersoll commented, “We need to stop getting so hung up on whether the behavioral approach is better than the developmental approach and vice versa. What we really need to start looking at is what are the actual intervention techniques being used and how are these effective.”

An approximate one out of every 110 children in the US apparently suffers from autism and the amount of identified cases seems to be progressively augmenting. This was as per the Centers for Disease Control and Prevention. Symptoms could usually emerge by a child’s second birthday and the disorder is said to have four to five times more chances to arise in boys as compared to girls.

Ingersoll is of the opinion that behavioral and developmental treatment techniques both could be effectual on their own. But traditionally, advocates for each have apparently seldom joined hands on treatment development for children with autism, thereby denoting that it seems to be unidentified whether a joint approach could be more effectual.

Ingersoll anticipated that the combined approach may be fairly effective. She is supposedly skilled in both techniques and has supposedly developed a joint curriculum on social communication that she’s teaching to preschool teachers in Michigan’s Ottawa, Livingston and Clinton counties. These tutors may then teach the technique to parents having autistic children.

The findings were published in the Journal of Positive Behavior Interventions.