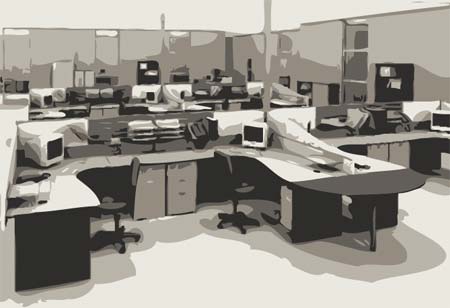 The modern day sedentary labor has glued people to their desks unwittingly. As per a study conducted by scientists at The British Psychological Society, employees tend to be at their desks for 5 hours and 41 minutes on an average during normal working days.

Professionals believe that continuous sitting could have negative impact on both, the physical and the mental health of workers. According to the observations, almost 70% of the working class did not seemingly conform to optimum levels of physical exertion. Also, nearly 50% of individuals aged 50 and below did not appear to adhere to the guidelines of physical activity.

The team also found that persons who sat for a longer duration at work were possibly more prone to sit at places outside work too. As expected, a correlation between BMI and sitting hours surfaced out. Notably, sitting for longer durations at work also appeared to reduce mental wellbeing.

Dr Myanna Duncan explained, “People don’t need a psychologist to tell them to get up and walk around. But if it helps, I’d tell them to put a post-it note on their computer to remind them. Anyway go and talk to your colleagues face to face, it’s a lot more sociable and better for you than emailing them.”

This trial was conducted between 2009 and 2011 over an 18 month period. An online as well as paper based survey was undertaken to gauge employees’ physical activity levels along with their use of occupational health services.

The team concluded that health, work and wellbeing ought to be the government’s priorities for ensuring that employees are healthy throughout their lifespan. The study was presented at the Loughborough University, Occupational Psychology’s annual conference in Chester.