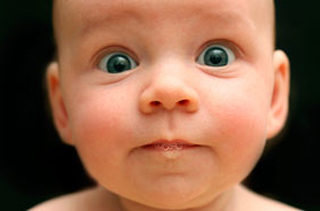 It is already known that exercising may provide a lot of health benefits. But did you know that exercising three times a week during pregnancy could allegedly give rise to smarter babies? This assumption may be examined as part of a new study being initiated at the Université de Montréal Department of Kinesiology.

The study enlisted around 60 women, between 20 and 35, who were pregnant for the first time. The study would be performed in two parts. The 1st portion comprises of women during pregnancy and the 2nd one includes the babies. The cognitive capabilities of newborns would be gauged via an electroencephalogram, 10 days following birth.

Neuropsychologist Dave Ellemberg who will partner on this study with Élise Labonté-Lemoyne, commented, “Recent animal studies have proved that active mothers have newborns with better memories than babies born to inactive mothers.”

Labonté-Lemoyne mentioned, “To our knowledge, this will be the first time this topic is studied in humans. Our hypothesis is that mothers who exercise during pregnancy will have newborns with more mature cognitive functions, particularly long-term memory.”

Elllemberg remarked, “We will place a small net covered with sensors on the baby’s head to measure the cerebral activity. The procedure is painless and lasts no more than 15 minutes. We can even do it as the baby sleeps.”

The 60 participants would be divided into two equal groups, one who are active and the other inactive. Being active seems to denote carrying out 20 minutes of physical activity three times each week.

Elllemberg quoted, “We’re not expecting women who are eight months pregnant to run a marathon. A bit of exercise is better than none at all, while a bit more is better than just a bit.”

The Université de Montréal Kinesiology Clinic would rigorously check subjects each day. To find out the ardor at which women may train, they would conduct a preliminary 20-minute session on a stationary bike. Women may have to deliver an exertion of 12 on a level of 20.

Following five minutes at this level of intensity, heart rate would be computed and develop into the rate at which women ought to train all through the study.