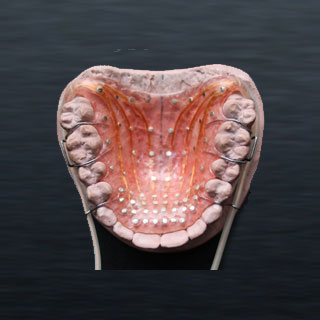 Well, the idiom ‘on the tip of your tongue’ could be more than just relevant to the human motor system. Scientists from the Royal Holloway, University of London, the MRC Cognition and Brain Sciences Unit, and Ghent University appear to have found that our motor system could be automatically activated when we hear speech.

The researchers uncovered that on hearing speech, our motor systems appear to be recruited automatically. In the future, this new finding, the experts believe could play a key part in helping to demystify the various language difficulties that are observed in adults and children. The study indicates that whenever we hear speech, irrespective of whether we are trying to ignore the speech that we are hearing, our motor system is activated.

The study seems to have been conducted by fitting each participant with a custom-made acrylic palate. Explaining this further, experts revealed that the palate helped adjudge the contact between the tongue and the roof. This measurement was around 100 times per second whilst they were speaking, allowing the formation of a detailed picture of the tongue’s position during speech. This was mentioned by Professor Kathleen Rastle, from the Department of Psychology at Royal Holloway, University of London.

Printed targets like ‘koob’ were asked to be read aloud by the participants. They were also required to listen to spoken distractors such as ‘toob’.

“Our key question was whether there would be evidence that participants had constructed programs for the movements involved in speaking from the spoken distractor syllables. We hypothesized that if motor systems are recruited when we listen to speech, then the way that target syllables were produced would be influenced by the characteristics of the spoken distractors”, Kathleen mentioned.

Participants it appeared had activate articulatory programs of the spoken distractors. This supposedly was true even though doing this could result in them producing distorted speech.

“These findings provide the first evidence that when we hear speech, we activate the movements involved in speaking in an automatic and involuntary manner. Research must now focus on precisely how the motor system impacts on speech perception and on why the motor system is recruited when we listen to speech,” she commented additionally.

The scientists are of the opinon that this study could help them better comprehend the assocuaton between hearing and generating speech. It could also help in gaining a better understanding of many interesting things. This includes the reason for change of accent unintentionally when visiting or relocating to a foreign country.

“This phenomenon is likely to occur precisely because of the exquisite relationship between perceptual and motor systems revealed in our research”, Professor Rastle says.

“Nonetheless, there are limits to this tight coupling as evidenced by the fact that most of us cannot faithfully reproduce the foreign accents that we are able to hear. Future research will help to reveal the reasons behind these abilities and limitations.”

This study is featured in the Proceedings of the National Academy of Sciences of the United States of America.