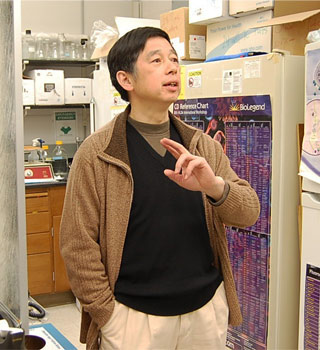 We often hear people blaming their metabolism for gaining those few extra pounds. However it now appears that alterations in metabolism could have much more menacing effects that making it difficult for individuals to fit into their favorite clothes after they’ve gained weight.

A latest research from the University of North Carolina at Chapel Hill indicates that chemical tags in all probability could affect metabolism including cancer development. Apparently, the addition or removal of a certain kind of chemical tag named an acetyl group on metabolic enzymes appears to play a significant part in regulation of cellular metabolism.

Those unaware may want to note that metabolism is the process that shapes how our bodies turn food into energy. Additionally metabolic rates are believed to be present even between normal cells and tumor cells, the mechanism behind which is not really clear.

The novel research could offer important clues that may help scientists understand how normal cells respond to nutrient changes. They may also be able to comprehend the process by which normal cells turn cancerous. This may one day lead to new drugs that starve cancer cells into submission according to the experts.

“We have discovered an entirely new layer of control of metabolism,” commented senior author Yue Xiong, Ph.D., professor of biochemistry and biophysics and a member of the UNC Lineberger Comprehensive Cancer Center. “This process — the acetylation of metabolic enzymes — appears to be highly conserved during evolution and very dynamic, which makes it an ideal target for future drug development. Now if we can identify which enzyme or enzymes are responsible for the difference in metabolism between normal and tumor cells, then we could have new targets for the treating cancer patients.”

Nearly all earlier analysis on acetylation seemed to have centered their attention on the proteins in the nucleus. Seemingly this is where acetyl tags regulate how tightly the DNA’s genetic code is packaged. However Xiong along with Kun-Liang Guan, professor of pharmacology, at the University of California, San Diego began this research with the hypothesis that acetylation must also play a role in the other half of the cell namely the cytoplasm. Hence they separated the nucleus and the cytoplasm of primary liver cells.

Following this, they took a chemical census of the cytoplasm’s contents through a technology called mass spectroscopy. They claim to have recognized a thousand new proteins that were acetylated. This appears to largely expand the previously recognized repertoire of fifty.

The researchers were allegedly overwhelmed at first by such a large number of proteins that could be evaluated. However, they began to notice a pattern remarked Xiong. Almost every metabolic enzyme appeared to have been acetylated. Presumably, this was because their starting material was liver which is known to be an organ rich in metabolic activity.

“We think that acetylation is likely to play a very extensive role in regulation of many different cellular processes, not just metabolism,” mentioned Xiong.

Next, Xiong and his colleagues closely observed at the acetylation of one enzyme from each of the four major metabolic pathways. They uncovered that by changing the metabolic fuels that feed into these pathways, they could probably alter the level of acetylation. Additionally, the scientists found that blocking acetylation chemically or genetically probably affected these metabolic enzymes in many different ways.

This was allegedly either by stimulating its activity, inhibiting it, or degrading the protein itself. A suspicion of the scientists is that acetylation could be important for coordinating not only the players within a metabolic pathway but also between different pathways. Furthermore, the next step by the researchers is to take forward their finding in normal cells where they hope to see how their analysis can be informed of tumor cells.

In the process of observing each metabolic enzyme one at a time, the researchers intend to view the one that may exhibit the most disparate acetylation patterns between normal and cancer cells. After this, they will then try to employ the same proteins that tack on or pull off those acetyl groups. These are named acetylases or deacetylases to modify acetylation and thwart cancer development respectively.

The research is slated to appear in the Feb. 19 issue of the journal Science.