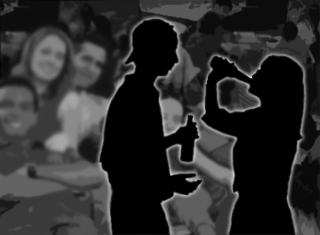 A novel research indicates that young men staying at home with their parents may most often be more violent as compared to those living independently. This intriguing observation was made by Professor Jeremy Coid and Dr. Ming Yang from Queen Mary, University of London.

In the US and UK, staying back in one’s parental home and delaying social independence has allegedly become a more common norm over the past 4 decades. These researchers have pointed out that young men staying at home may relatively have lesser responsibilities. Such men, in their early twenties, may also have more disposable income to spend on potentially hazardous substances like alcohol.

“Young adult men living at home in Britain are no longer influenced by parents to conform to standards of behavior expected of previous generations,” says Professor Coid. “Violence outside of the home, mainly involving strangers, is the most common scenario and just one of a series of hedonistic and negative social behaviors such as hazardous drinking, drug misuse, sexual risk taking, and non-violent antisocial behavior.”

“And these are more common among young men who do not have responsibilities of providing their own accommodation, supporting dependent children, or experiencing beneficial effects on their behavior from living with a female partner,” continues Professor Coid. “Young men who live at home are also more likely to receive financial support from their parents than in the past when the pattern was reversed. However, in this study their earnings or benefits were the same as those who had left home and taken on greater social responsibility. They therefore had more disposable income which may have partly explained why they had more problems with alcohol.”

Professor Coid and Dr. Yang were noted to have surveyed more than 8000 participants comprising of both men and women. Apparently, all of these participants were asked a series of questions regarding any mental health issues and violence over the past 5 years. An analysis of the results seemed to indicate for the first time that, living in parental home may be the highest risk factor for violence in young men, as compared to the other risk factors.

An astounding revelation that was made was that although men belonging to this group may comprise of only 4% of UK’s male population; this group may seemingly be credited for about 16% of violent injuries taken place in the last 5 years.

This research has been published in Social Psychiatry and Psychiatric Epidemiology.