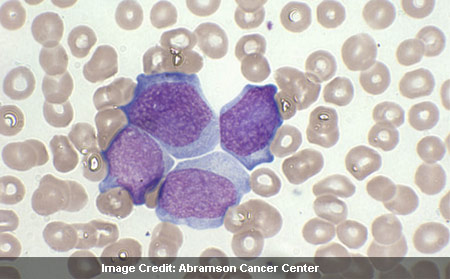 Leukemia is supposedly known to be one of the best analyzed cancers, yet the cause of certain kinds is claimed to have been poorly understood. With this newly found mutation, researchers should be able to indicate the reason for nearly half of the remaining leukemias, the causes of which were probably unknown until now.

“The molecular biology of leukemia has been studied for the last 20 years and we thought we had found most of the common genes for leukemia,” remarked senior author Craig B. Thompson, MD, director of the Abramson Cancer Center of the University of Pennsylvania. “Now we’re able to point to a distinct type of mutation for half of the remaining leukemias for which we didn’t know the cause and between one-quarter and one-third of leukemias in older patients.”

As part of the research, the scientists used samples from a Penn tissue bank of acute myeloid leukemia (AML). Thompson along with colleagues discovered that AML patients appeared to have increased levels of a molecule called 2HG. Starting in the bone marrow and soon moving into the blood, AML is a quick-moving, deadly cancer. Apparently, surge in the amounts of 2HG could arise from a mutation in one of two related metabolic enzymes mainly IDH1 or IDH2.

On screening for increase in 2HG in the tissue bank, the team found that IDH1 and IDH2 mutations were noted in over 23 percent of the AML patients analyzed. A feature shared by cancer-related IDH mutations was observed to be elevated production of 2HG. Moreover, the IDH mutations are claimed to be the first known cancer mutations that could result in protein creation with a new enzymatic activity.

Seemingly most cancer-causing mutations could make the mutated protein either overactive or inactive in carrying out its normal function. Contrastingly, the mutations in the IDH proteins appeared to give these enzymes the blueprint to develop a new molecule which may not normally be produced by cells. The researchers interestingly also discovered that in AML IDH2 mutations were more common than IDH1 mutations. Breaks and reformations in chromosomes called translocations are apparently recognized as other gene-related causes of leukemia.

The effortless manner in which the researchers could detect IDH mutations in tumor samples as also the ability to label patients who may have these mutations because of increased 2HG could offer hope for the better identification of AML. It also seems to suggest that blocking the production of 2HG may have the potential to reverse the ability of the mutant genes to maintain the leukemic cells.

These findings are described online this week in Cancer Cell.