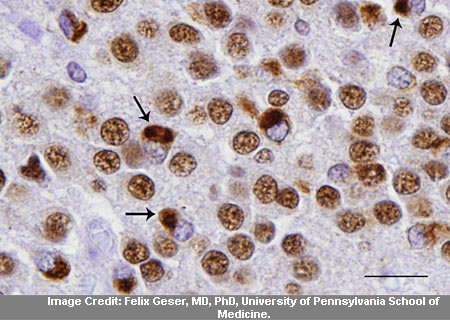 Dementia is said to be a critical loss of cognitive capability in a previously-unimpaired person, further than what may be anticipated from standard aging. Scientists from University of Pennsylvania School of Medicine and the Children’s Hospital of Philadelphia seem to have hit upon a new risk factor for the second-most general cause of early-onset dementia post Alzheimer’s disease.

They discovered this apparently after investigating brain tissue from more than 500 people in 11 countries.

“Using a genome-wide scan for genetic variation in post-mortem brain tissue, we were able to pinpoint variations common to patients with a specific subtype of frontotemporal lobar degeneration, FTLD,” commented co-first author Vivianna Van Deerlin, MD, PhD, associate professor of Pathology and Laboratory Medicine at Penn. “This gives us more information on what proteins may underlie the molecular events leading to FTLD, and eventually, new drug targets.”

“By identifying gene variants that may play a role in the development and progression of one type of FTLD, this research, if replicated, will take us one step closer to an understanding of the complex biologic pathways involved in this devastating disease,” mentioned, Marcelle Morrison-Bogorad, PhD, director of the National Institutes of Health Division of Neuroscience.

The discoveries appear to develop a 2006 finding by co-senior authors, Virginia Lee, PhD, director of the Center for Neurodegenerative Disease Research, and John Q. Trojanowski, MD, PhD, director of the Institute of Aging at Penn. They apparently headed an international team that discovered a protein known as TDP-43 may build up unusually in brain tissue from people with one kind of genetic FTLD. TDP-43 is claimed to be an identified protein extensively expressed throughout the body, with numerous functions, counting adjusting transcription of the genetic code and as scaffolding for nuclear and motor neuron proteins.

FTLD cases that are typified by TDP-43 additions could be transferred from one generation to the next, as a consequence of mutations in another protein known as progranulin (GRN). By means of post-mortem brain tissue from around 515 patients with TDP-associated FTLD, the team discovered that these patients were with numerous genetic variations named SNPs in common in an area on chromosome 7 including the protein TMEM106B, pitted against 2,500 disease-free controls.

From this, apparently the team concluded that the TMEM106B gene variants seem to present an elevated genetic threat for all FTLD-TDP patients, in addition to in the subset of patients with GRN mutations. Moreover, changes in levels of TMEM106B protein in the brain could be directly or indirectly caught up in causing FTLD.

How TDP-43, GRN, and TMEM106B proteins could naturally act together in brain cells and be disturbed in FTLD remains to be decoded. However, the finding of TMEM106B seems to be a significant step toward an improved comprehension of FTLD. The team apparently plans to sequence the TMEM106B segment of chromosome 7, and in parallel, examine the usual roles of TMEM106B.

The study was published in Nature genetics.