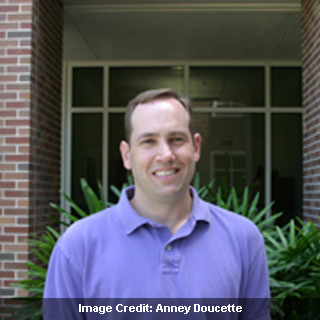 Sonic hedgehog, a gene that is said to play a vital function in the placing and development of limbs, fingers and toes, has apparently been established in an unanticipated place in the embryos of developing mice, the layer of cells that appears to craft the skin. Sonic hedgehog supposedly illustrates both the gene and protein it seems to generate in the body. Its study is said to be important to augment comprehension of human birth defects.

It was believed to be entirely there in the cell layer that may develop bone and muscle known as the mesoderm. But University of Florida Genetics Institute researchers have supposedly found that Sonic hedgehog is also said to work in mice limb buds in what is called the ectoderm, the cell layer that seemingly gives rise to the skin in vertebrates.

Instead of causing appendages to develop, Sonic hedgehog appears to perform as a foolproof mechanism to keep supplementary digits from growing. When researchers supposedly interrupted Sonic hedgehog signaling in a minute area of the limb buds of embryonic mice, an extra digit started to crop up in what would turn out to be the mouse paw.

“Sonic hedgehog protein determines how your limbs form, and why your pinky is at the bottom of your hand and your thumb is at the top. But what’s been previously published is only part of the picture. We determined that Sonic hedgehog signaling is required in the ectoderm to have normal digit formation. Get rid of it, and an extra digit forms,” commented, Brian D. Harfe, an associate professor of molecular genetics and microbiology at the UF College of Medicine.

The finding appears to propose that Sonic hedgehog’s function in the development of appendages is said to be far more complex than initially believed. Developmental biologists may have to rethink known hypothesis about how limbs are patterned in vertebrates, an attempt that could offer insight into human birth defects.

Cortney M. Bouldin, a graduate student in the Interdisciplinary Program in Biomedical Sciences in the department of molecular genetics and microbiology, mentioned, “We used technology where a viral protein seeks out specific sequences of DNA. We concentrated on disabling a protein essential for Sonic hedgehog signaling. Although it has been removed from the limb before, we wanted to specifically remove it from the ectoderm. When we did that, in the latter stages of development, we saw extra cartilage and the early beginnings of another digit.”

Sonic hedgehog signaling in the ectoderm of limb buds may perform as a buffering system that could avert unnecessary development.

William J. Scott, a professor of pediatrics at the University of Cincinnati supposedly applied a microarray experiment to look at gene expression levels in the ectoderm of mice limb buds, thereby finding activity that could not be probable without the attendance of Sonic hedgehog. UF researchers could advance this examination from cell studies to developing mice embryos by knocking out gene expression in a minute area of the ectodermal layer. It is said to have enabled them to view early limb development in the nonattendance of Sonic hedgehog signaling.

Harfe mentioned that the subsequent phase of the study could be to monitor what occurs when Sonic hedgehog signaling is disturbed through larger segments of the ectodermal layer. Eventually, study authors anticipate that the work may result in standard of life enhancements for people.