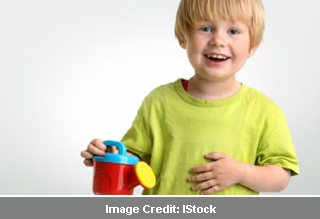 Physical activity seems to be essential not just to reduce obesity, but even for children to encounter normal growth and development. The University of Montreal Hospital Research Centre and the University’s Department of Social scientists have revealed that children who are most likely to walk or cycle to school apparently reside in urban places, with a single parent, and have financial difficulties.

The study observes the same set of children as they live through their school life. It came to fore that they make use of active transport to reach school till the age of 10 or 11. At this juncture, the situation turns the other way round.

“The study is important for the well-being of children because most children are not meeting physical activity guidelines needed for optimal growth and development. Active transportation to school represents an affordable and easy way to incorporate physical activity in the daily routines of children. In a separate study on children in Quebec, we have actually found significant associations between weight and whether the child cycles or walks to school,” specified Dr. Roman Pabayo, the lead author.

7,690 Canadian children were a part of the study that unfolded various factors linked to the choice of transport. Parents who reported that their kid had a lot of friends in the area appeared to have twice the likelihood of travelling in active systems like school buses or other vehicles. This seemingly took place over a span of 2 years as compared to other children. Adolescents appeared less likely to opt for active transportation if the route did not comprise of traffic lights or zebra crossings. Whether the child had a companion or an older sibling with whom he could commute was an important factor of the study.

Further studies may include comprehension of various other factors. Questions such as ‘Why are children from Saskatchewan and Manitoba the most likely to use active transport at a given point in their lives?’ ought to be answered. Gauging behaviors of children from poorer settings and studying the sequences of alterations taking place in children as they age socially and demographically are a part of the study. An approach which throws more light on the mode of transport used by school children will provide encouragement to families to drive or walk to school. According to scientists, this will pave way to a healthy future.

The study is published in the journal Pediatrics.