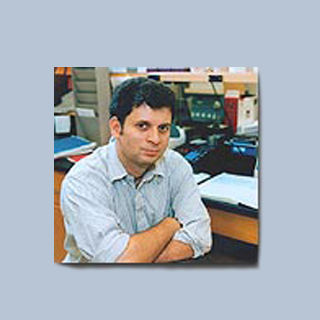 With growing technology in the field of medicine, new drugs to effectively treat diseases are seemingly being developed. Well, a tentative oral drug has supposedly lowered blood sugar levels and inflammation in mice suffering from Type 2 diabetes. At least this is what a new study claims.

The drug seems to contain synthetic molecule that may halt the biological activity of a protein known as macrophage migration inhibitory factor, or MIF. This protein is said to be caught up in various diseases since it may be linked to the generation of inflammation in the body. The study authors initially found that mice that have been genetically altered to not bear the MIF protein are said to have less chances to develop symptoms of Type 2 diabetes.

This discovery appears to propose that MIF indeed has a function in at least two hallmarks of diabetes namely damaged blood sugar control and the existence of other inflammatory proteins. The experts then treated diabetic mice with the untried drug and discovered that majority of the animals seemed to exhibit lower blood sugar levels and decreased inflammatory proteins in their blood as opposed to untreated mice with Type 2 diabetes.

Abhay Satoskar, associate professor of pathology at Ohio State University and senior author of the study, commented, “We also found that if we stopped administering the drug, then the blood sugar level would go up. This does not present a cure for diabetes, but we think, if it is approved in humans, that it has potential to become an oral drug taken for the long term to control a very common symptom of the disease.”

The scientists apparently supported their animal findings by gauging proteins and hormones in blood samples from a small collection of people suffering from Type 2 diabetes and fit human subjects for comparison. The patients with diabetes appeared to have considerably elevated levels of MIF in their blood as opposed to the healthy patients plus higher levels of two compounds that may add to inflammation and insulin resistance.

A drug targeting MIF may provide diverse advantages by lowering blood sugar and inflammation devoid of any requirement to produce more insulin. Satoskar and colleagues stimulated Type 2 diabetes in two groups of mice namely normal mice and those not having MIF. They provoked the disease by injecting them one time with a naturally occurring toxin, streptozotocin, which may work on cells in the pancreas.

Experts gathered blood samples from the mice numerous times for more than 10 weeks, performed oral glucose tolerance tests, and examined their weight and urine output. All animals with induced disease apparently exhibited a spike in blood sugar levels shortly following the injection of the toxin, but the blood sugar levels supposedly carried on rising in the normal diabetic mice. Moreover, these mice consumed more food, lost weight and generated unnecessary quantities of urine, all symptoms seemingly linked to insulin resistance.

The scientists then provoked Type 2 diabetes in another group of normal mice. After five days, the authors treated the animals every day for a month with the trial drug known as CPSI-1306. Two doses of the drug, one dose 10 times powerful than the other based on body weight, were supposedly set in water and were given to the mouse by mouth. Post four weeks of treatment, the mice getting both levels of the drug seemed to retain blood sugar levels less than 200 milligrams per deciliter.

Study authors proposed that blood glucose after eating ought to stay under 180 milligrams per deciliter in people with diabetes. By comparison, the blood sugar levels in untreated diabetic mice apparently surpassed 400 milligrams per deciliter. Likewise, levels of IL-6 and TNF-alpha were believed to be significantly lesser in treated mice vs. untreated mice. Animals getting the elevated dose of the drug, 0.1 milligram per kilogram of body weight, appeared to display the lowest levels of these proinflammatory cytokines.

The subsequent plan of the experts is to examine the tentative drug on mice that model obesity and naturally develop Type 2 diabetes after consuming a high-fat diet.

The study was published in the Journal of the Federation of American Societies for Experimental Biology.