Natural births have always been the way a mother has wanted. And now there is a reason why they should pray for one. Researchers have linked a stronger baby bonding in mother and her baby after natural birth than in cesarean section cases. 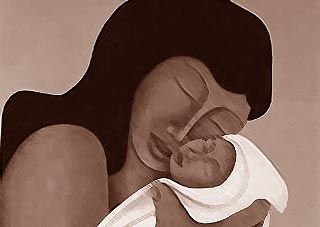 The Yale Child Study Center researchers studied a group of mothers out of which 12 mothers had given birth via the cesarean sections. The mothers had to undergo brain scans whilst they were made to listen to their own baby’s cry during the diaper change. The mother’s mood and their thoughts and parenting were then evaluated through an interview.

It was found that the mothers who had delivered their babies naturally showed greater activities in their brains than the mothers who gave birth the cesarean way. Not that the c-section delivery is bad for women and their babies, instead Yale Child Study Center Assistant Professor James Swain, M.D calls in for more family support and more attention from health professionals after the c-section.

He also explains that, “I suspect that the parental brain is primed by vaginal delivery and affected by neurohormonal factors such as oxytocin, a hormone linked to emotional connections and feelings of love. C-sections may alter these neurohormonal factors and increase the risk of problematic bonding and postpartum depression.”

The detailed study will be published in the October issue of Journal of Child Psychology and Psychiatry.