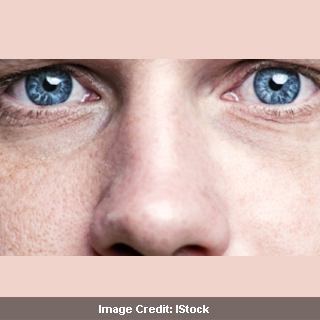 Traumatic brain injury (TBI) crops up when the head abruptly and aggressively hits an object or when an object stabs the skull and penetrates into the brain tissue. Symptoms of a TBI could be mild, moderate or acute and the condition is said to be generally seen among teenagers, young adults and the elderly.

A study from Montreal University, Lucie Bruneau Rehabilitation Centre and the Center for Interdisciplinary Research in Rehabilitation of Greater Montreal claims that the capability to taste and smell may be lost or damaged following a head injury. The study seems to have confirmed that mild to acute traumatic brain injury may result in olfactory loss.

The study team enrolled roughly 49 people suffering from TBI. Out of them, roughly 73 percent were male with a median age of 43. They finished a survey and had two smell exams to gauge their olfactory loss. It was seen that approximately 55 percent of participants seemed to have a damaged sense of smell, while 41 percent of volunteers were not aware of their olfactory deficit.

Study co-author and neuropsychologist Maurice Ptito, a professor at the Université de Montréal School of Optometry, commented, “The study clearly demonstrates that olfactory deficits can occur in mild traumatic brain injury patients as well as in moderate and severe TBI patients. We also found that patients with a frontal lesion were more likely to show olfactory dysfunctions.”

Lead author Audrey Fortin, a professor at the Université de Montréal School of Optometry and expert at the Lucie Bruneau Rehabilitation Centre, mentioned, “Both tests indicated the same results: patients with frontal injury are more likely to suffer olfactory loss.”

Dr. Frotin is of the opinion that smell appears to play an imperative function in our lives as olfaction affects what one eats, may aid in identifying gas leaks or fires. Smell may also encompass a big influence on interpersonal relationships, because olfactory disorders have supposedly been linked to poor quality of life, depression, mood swings, apprehensions about personal hygiene, loss of appetite and cooking troubles.

Dr. Frotin believes that olfactory dysfunctions have a negative impact on daily life, health and safety. It is important to pay attention to this symptom once a patient’s condition has been stabilized following a traumatic brain injury.

The study was published in the journal Brain Injury.