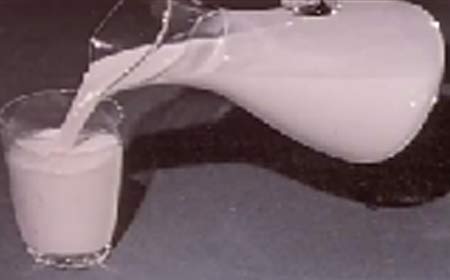 A secret ingredient of milk has shown promise in weight loss, as reported by scientists from the Ecole polytechnique federale de Lausanne. This hidden substance called nicotinamide riboside (NR) is found naturally in milk and some other foods.

According to the team, the aforesaid substance seemed to have surprising health benefits. As seen in a research, mice consuming NR supplements appeared to put on less weight as compared to those not eating those pills.

Carles Canto, first author of the analysis reported in the journal, Cell Metabolism, cited, “Despite all our efforts, we were not able to detect side effects. It really appears that cells use what they need when they need it, and the rest is set aside without being transformed into any kind of deleterious form.”

Apart from the substance’s beneficial effect on obesity, it seemingly boosted the subjects’ muscular performance. Mice which were exposed to the aforesaid supplements supposedly had fitter bodies and were more active, relative to the control mice. Lastly, after about 8 weeks of supplementation, the mice manifested improved thermal resistance in cold settings.

All the beneficial effects can be rounded off to optimal functioning of the mitochondria, say the scientists. They believed that NR supplements spurred the activity of sirtuin enzymes that are known to enhance metabolic functions in the body.

One most important point to note in this analysis was that the supplements carried no side-effects. One reason for this could be that the cells make use of NR, and then discard the rest without getting converted into toxins.

An interesting area of research has now begun to track the benefits of Nicotinamide riboside (NR) found in milk.