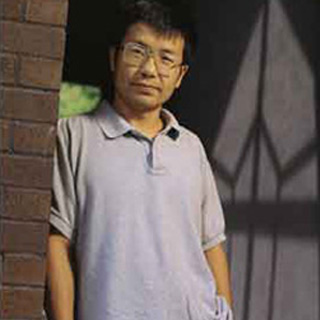 This news seems to provide a few possible ways to reverse Alzheimer’s-like memory loss. A set of scientists have demonstrated that by obstructing the cellular signaling activity of a protein, one may avert memory loss in fruit flies caused by brain plaques just like those believed to cause Alzheimer’s disease in humans.

The study also seems to determine a very old debate about the function of this protein, PI3 kinase, which was formerly believed to encompass a defensive role against the disease.

“Our work suggests that the peptides, or fragments, of b-amyloid associated with Alzheimer’s disease directly increase the activity of PI3 kinase, which in turn causes memory loss and increases the accumulation of plaque in the brain,” commented, CSHL Professor Yi Zhong, who headed the research team.

B-amyloid peptides are seemingly known to modify a slew of cellular signaling proteins like PI3 kinase, causing an extensive variety of cellular dysfunctions in the brain’s neurons, thus damaging brain activity. But one does now know as to how precisely these risky peptides cause signaling havoc and activate memory loss.

Zhong and his colleagues dealt with the question in a biological system that seems to strongly sum up the disease pathology observed in humans: fruit flies engineered to generate human b-amyloid in their brains. The team formerly exhibited that these flies apparently develop several vital features of Alzheimer’s, counting age-dependent memory loss, enormous neurodegeneration, b-amyloid deposits and plaque accrual.

Looking for the molecular basis of memory loss, the team found the significance of PI3-kinase by examining a kind of neurotransmission known as long-term depression (LTD). It may be generally depressed for an extensive duration, typically lasting hours. LTD is apparently identified to be pathologically improved when b-amyloid is there in fly brain.

The team has now discovered that LTD augmentation in the b-amyloid-producing flies could be owing to the augmented activity of PI3-kinase. A decrease of this activity by means of injections of PI3 kinase-blocking chemicals or by turning off the gene that encodes PI3 kinase, both seems to have reinstated standard LTD signals. With these measures, the team not only enhanced memory in aging fruit flies, but also seems to have reduced the upsurge of b-amyloid deposits.

These discoveries on b-amyloid’s effect on PI3 kinase activity could clarify another mystery about the disease. Among patients, the disease is occasionally called as ‘brain diabetes’ since brain tissue may slowly turn resistant to insulin, further damaging brain function. Insulin is claimed to be one of the molecules that may usually provoke PI3-kinase activity, which in turn seems to intervene the cell’s response to insulin.

Zhong explained that their results now suggest that the Alzheimer’s brains might become insulin-resistant because PI3 kinase activity is already at the maximum due to its activation by b-amyloid and therefore is no longer able to respond to insulin. It might be possible to tackle these various disease symptoms by targeting PI3 kinase.