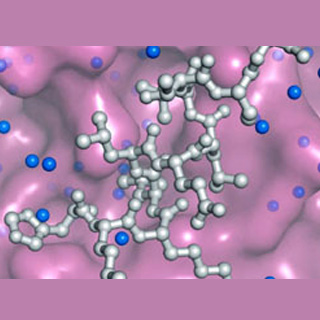 We had reported some time back as how reovirus may enhance treatments for prostate cancer. Van Andel Research Institute (VARI) scientists are attempting to find out how two proteins needed for the start and development of prostate cancer converse at the molecular level, which could result in superior treatments for the disease.

One of the proteins, androgen receptor, is said to be a vital drug target for prostate cancer. The other, steroid receptor coactivator-3 (SRC3) was at first detected for its function in the growth of breast cancer. SCR3 apparently has also been typified as a vital aspect in the growth of prostate cancer, but, until now, the exact association between androgen receptor and SCR3 has been indistinct. Comprehending the association between these two proteins and targeting this interaction may result in new, more effectual treatments for prostate cancer.

“Anti-androgen therapies become less effective over time. To develop the next generation of prostate cancer treatments, we need to find ways to disrupt the interaction between androgen receptor and the molecules it depends on to work, such as SRC3,” commented, VARI Distinguished Scientific Investigator H. Eric Xu, Ph.D.

VARI study authors utilized peptide profiling and other methods of molecular biology to find that SRC3 could be a favored co activator for androgen receptor. They go on to verify the crystal structures that appear to disclose how androgen receptor and SRC3 communicate at the molecular level. This comprehensive information could be used to come up with new, more effectual treatments that may disturb communication between the two proteins.

The results were published in the Journal of Biological Chemistry.