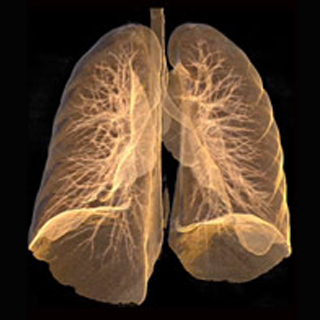 Smoking is injurious to health is a known fact. According to a new study conducted at the University of Iowa, the use of CT scans may be able to identify smokers who are at risk of emphysema before the disease causes much trouble. The study states that by using CT scans the blood flow in the lungs can be measured and the damage could be minimized.

The study indicates that smokers, who suffer from slight emphysema, but have normal lung function, have a distinct blood flow pattern in their lungs as compared to non-smokers and smokers without emphysema. This distinction may be used to identify smokers who are at a higher risk of emphysema, and prepare them for early intervention.

Senior scientist Eric Hoffman, Ph.D., UI professor of radiology, internal medicine and biomedical engineering, said that, “We have developed a new tool to detect early emphysema-related changes that occur in smokers who are susceptible to the disease. Our discovery may also help researchers understand the underlying causes of this disease and help distinguish this type of emphysema from other forms of chronic obstructive pulmonary disease. This type of CT scan could even be a tool to test the effectiveness of new therapies by looking at the changes in lung blood flow.”

It appears that as many as 24 million Americans suffer from chronic obstructive pulmonary disease (COPD), which is a group of serious lung diseases that includes emphysema as well. Apparently COPD is the fourth leading cause of death across the nation. Moreover, since COPD consists of different diseases, it becomes difficult to administer treatments based on specific diseases.

For the study, the team utilized multi-detector row CT imaging to measure blood flow patterns in the lungs of 41 participants, out of which 17 were non-smokers and 24 were smokers. All the participants reported normal lung functions, however 12 smokers showed slight symptoms of emphysema. The CT scans revealed that all 12 individuals had the most disturbing blood flow pattern when compared to the rest of the participants. This revelation also supported the idea that irregular blood flow may arise prior to development of emphysema.

Hoffman also explained that, “Although the underlying causes of emphysema are not well understood, smoking increases the risk of developing the disease. Our study suggests that some smokers have an abnormal response to inflammation in their lungs; instead of sending more blood to the inflamed areas to help repair the damage, blood flow is turned off and the inflamed areas deteriorate.”

The cellular pathway that switches off the blood flow is helpful enough when a particular area of the lung gets damaged beyond repair. In such cases, the lung ‘optimizes gas exchange’ and stops blood supply to that area. Nevertheless, it seems that lung inflammation due to smoking can be taken care of, and the ensuing impaired region can be repaired by accelerating the blood flow to bring oxygen and other essential cellular components to the site of injury.

The study proposes that the ability to differentiate between when to increase blood flow and when to decrease it, is faulty in certain individuals. These faults may be due to genetic implementations. If this genetic difference is tied with smoking, it could lead to a rise in lung inflammation and subsequently may put the individual at an increased risk of suffering from emphysema.

The study was published in the early edition of the Proceedings of the National Academy of Sciences.