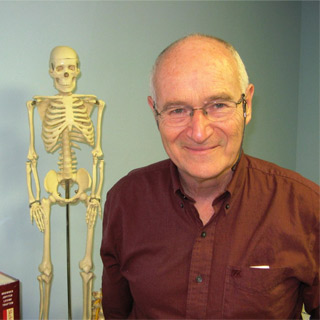 Having one leg shorter than the other may turn out to be problematic for some people. According to a new study conducted at Queen’s University, arthritis in the knee may be linked to the common trait of having one leg longer than the other. However, the study has still not been able to establish for sure whether leg length is a direct cause of osteoarthritis or not.

The study hopes that its findings will help people take control before much damage is done. With the help of this study, strategizing for treatment may also be possible.

Data for the study was collected from more than 3000 adults in the age group 50 to 79, who suffered from knee pain or symptoms of knee osteoarthritis, as part of the Multi Centre Osteoarthritis Study (MOST). The participants of the study were reassessed after 30 months, and scientists discovered that osteoarthritic changes were most prominent in participants with distinct leg length inequality i.e. more than 1 cm. In such patients it was the shorter leg that was more severely affected.

Derek Cooke, Queen’s University adjunct professor and co-author of the study said that, “Most pediatricians adopt a ‘wait and see’ attitude for children with limb misalignment when they’re growing. If we can spot factors creating changes in alignment early in bone development, theoretically we could stop or slow down the progression of osteoarthritis.”

Leg length inequality apparently is not that easy to detect. However, leg length differential of 1cm or less can be corrected with simple shoe inserts, while the bigger ones can be corrected via surgery. The problem apparently lies in the time spent in diagnosing it. Since many times the problem goes undetected, patients do not come to know of the difference in leg length until they are diagnosed with osteoarthritis.

Arthritis is said to cause knee pain, at times even swelling and stiffness. With arthritis a person cannot move around as one normally would. Osteoarthritis seemingly is very common and affects about 1 in 10 Canadians. Moreover as the person gets older the problem also gets bigger.

The findings of the study were recently published in the journal Annals of Internal Medicine.