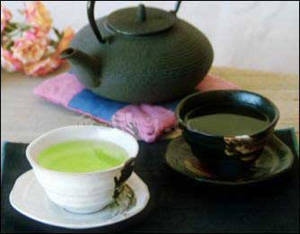 Numerous studies have proved that consuming green tea can offer a host of benefits to the human body. But now, Boffins have warned that green tea will only keep a person healthy if it is taken in moderation.

Green tea has been credited with keeping cancer as well as heart diseases at bay. But too many cups a day could cause liver and kidney damage.

Lead author Chung Yang of Rutgers, the State University of New Jersey, insists that though up to 10 small cups of green tea a day won’t do you any harm, it is people who take supplements, which can contain up to 50 times as much polyphenol as a single cup of tea, that are at risk.

“People shouldn’t be too alarmed by this, but those taking supplements may experience problems,” Professor Yang said.

As a part of his review Prof Yang’s looked at experiments in which rats and dogs died from liver poisoning after being given very large doses of polyphenols.

He also found that there were reported cases of people with liver toxicity after overdosing on green-tea-based supplements.

Though the symptoms of liver toxicity stopped around the same time as when these people stopped taking the pills, they returned once the subjects started taking the supplement pills again.