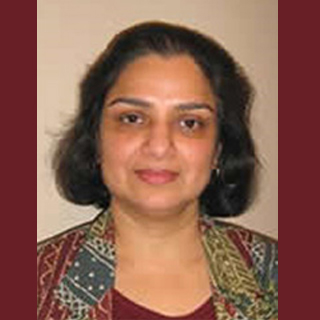 Women are apparently vulnerable to HIV, the virus that causes AIDS. But researchers have been perplexed as to how it seems to steer its way into the female reproductive tract. One hypothesis has been that trauma, like a little tear during intercourse could cause HIV to cross epithelial cells, the defensive fence that keeps out infection. Moreover, there seems to be a hint that an unidentified mechanism is at work.

For the first time, scientists at McMaster University have seemingly found that the offender could be HIV itself and what the virus does when it attaches to epithelial cells.

The study appears to illustrate that HIV may break the mucosal barricade in the intestinal and female genital tract, enabling the virus to cross during intercourse. The breakdown seems to be owing to inflammatory factors generated by epithelial cells themselves, in reaction to HIV. This apparently wipes out the tight junctions between epithelial cells and provides HIV and other microbes access within the body.

“What it does is that it makes the electrical barrier resistance of epithelial cells decrease. By doing that, the virus can cross the barrier. This is a significant step forward in defining where prevention strategies, such as microbicides and vaccine, need to focus. Instead of trying to stop HIV from infecting the target cells underneath the epithelium, we need to think about ways to stop the virus from attaching to epithelial cells themselves,” commented, lead researcher Charu Kaushic, associate professor in the Centre for Gene Therapeutics and the Department of Pathology and Molecular Medicine in the Michael G. DeGroote School of Medicine.

Globally, half of the 40 million people infected with HIV turn out to be women. Among heterosexuals, women are said to be the fastest growing group to be contaminated with the virus. Researchers are now confronted with a question of how HIV seems to actually get under epithelial cells to infect other cells that are at risk to HIV.

Kaushic commented, “It is the immune cells underneath that have all the receptors that HIV likes to latch on to and that allow the virus to replicate and establish infection. But it has to cross the epithelial barrier first!”

The McMaster researchers apparently developed purified primary epithelial cells in the laboratory from minute pieces of tissues that were eliminated from women’s uterus during hysterectomies, with their permission. Then, they started to examine how HIV actually communicates with these cells. The electrical resistance in these cultures is apparently used to check how well the epithelial cell cultures are developing and performing.

Aisha Nazli, a researcher in Kaushic’s laboratory, observed each time she put HIV on epithelial cells their resistance apparently went down considerably. Recurrent tests appeared to corroborate this. Kaushic mentioned that the surface protein of the virus seems to cause the epithelial barrier to collapse.

The research was published in the journal PLos Pathogens.