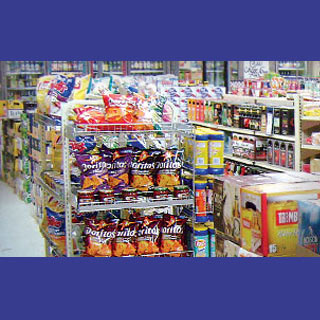 Here is an interesting study on childhood obesity which parents ought to pay attention to. A major Canadian study claims that childhood obesity could be straightaway connected to how near the kids live to convenience stores. The current study is called QUALITY i.e. Quebec Adipose and Lifestyle InvesTigation in Youth.

Supposedly, the major drive of the study is to comprehend the threat issues for cardiovascular disease and Type 2 diabetes in children in a better way. It was seen that in 2005, around 632 Montreal children and their families were enlisted for the examination. The children are said to have come from a variety of neighborhoods with family incomes varying from around $31,000 to $1,41,000. Of the juvenile subjects, roughly 42 percent were observed as overweight and around 22 percent were absolutely obese.

The team supposedly discovered that access to green spaces may not have much of weight on the mass of 8 to 10-year-olds. While closeness to parks could influence how much children can walk. But any effect on weight supposedly remains to be present.

Apparently, families who participated in the QUALITY study may carry on being observed to validate if closeness to the park seems to have an effect on the long-term weight of children. Dr. Barnett proposes that schools ought to create areas that do not have any convenience stores and work harder to race against fast food chains.