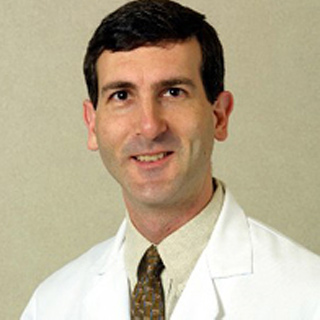 This news seems to concern the fairer sex. A study claims that majority of the women who were to undergo gynecologic surgery to address noncancerous symptoms mentioned that they were apparently not concerned about the effects of the process on their sex lives.

Nevertheless, an astonishing 37 percent of women scheduled to be sterilized were seemingly worried they could have less sexual desire following the operation, although that surgery does not affect hormone levels. From the people in study who were planning to get reproductive organs surgically eliminated, less than 15 percent seemed to have certain apprehensions about sex. Women scheduled for ovary removal were said to have more chances to lose sexual desire and enjoy sex less following surgery as compared to women who would undergo hysterectomies.

Jonathan Schaffir, a clinical associate professor of obstetrics and gynecology at Ohio State University and senior author of the study, commented, “Most women were not very concerned, and among any women who do have these worries, I think we can reassure them that they don’t necessarily have to fear a detriment to sexual function.”

Schaffir and colleagues gathered data from women admitted for benign gynecologic surgeries at Ohio State University Medical Center. During that time, around 150 women were qualified for such surgeries, and around 75 women finished the surveys. When it comes to demographics, women did not seem to be all that dissimilar, except in age. Patients experiencing sterilization were said to be considerably younger as compared to those who are having their ovaries or uteruses eradicated.

Also women going through oophorectomy, ovary removal, were usually older as opposed to those having a hysterectomy. Around 68-74% of the women accounted that they were apparently sexually active. Even though the patients were not asked about symptoms or circumstances that resulted in their surgeries, Schaffir mentioned that majority of benign hysterectomies and oophorectomies are done to treat fibroid tumors, nonstandard bleeding or chronic pain.

Women experiencing oophorectomy were said to have more chances to agree with two statements concerning sexual function, ‘I may have less sexual desire after surgery’ and ‘This surgery will make me less able to enjoy sex.’ Women undergoing hysterectomies were believed to have the lowest odds of agreeing with those statements. By and large, roughly 10 percent of women with having hysterectomy and 13 percent of women experiencing oophorectomy were of the opinion they could encompass lower sexual desire after surgery, and 13 percent in every group agreed that they may feel less feminine post procedure.

The expert observed that reproductive organ removal, and even ovary loss, ought to augment sex for a few women, depending on their symptoms resulting in their surgery.

On average, the women questioned did not hope for more time to talk about sexual consequences of the surgeries. Moreover, majority of them did not seem to start the conversation with their doctors about sexual effects of surgery. The study authors also weighed women’s responses to particular matters based on whether they were referred for surgery by a private attending physician or a medical resident practicing in the Medical Center clinic.

The findings of this study were published in the Journal of Sexual Medicine.