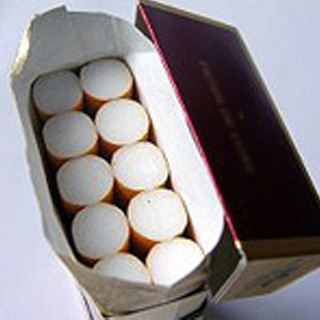 This news may be of concern to those women who smoke and are pregnant. A new study from the Keck School of Medicine of USC claims to have found that the lifetime effects of maternal smoking during pregnancy may happen through specific changes in DNA patterns.

Differences in DNA methylation which is an epigenetic mechanism in which small chemical compounds are added to DNA are apparently found in children , who are exposed in the womb to maternal smoking. Even though good insight into a biological process is provided by the findings, the experts have not yet understood it properly.

Differences in gene expression without changing the fundamental genetic information are apparently the result of epigenetics which is the study of how chemicals that attach to DNA can switch genes on and off. Even though in the field of cancer research, epigenetics has become a strong field, very little is apparently known about how epigenetic changes may be tied to environmental exposures.

One of the lead authors, Carrie Breton, assistant professor in the Department of Occupational and Environmental Health at the Keck School of Medicine commented “This study provides some of the first evidence that in utero environmental exposures such as tobacco smoke may be associated with epigenetic changes. This could open up a new way for scientists to investigate biological mechanisms that might explain known health effects associated with maternal smoking.”

Several health issues may occur later in life which includes childhood asthma, cardiovascular disease and lower pulmonary function are apparently due to parental exposure to smoke.

Linda Birnbaum, director of the National Institute of Environmental Health Sciences, a component of the National Institutes of Health that helped fund the USC study commented “Moms should not be smoking during pregnancy. Maternal smoking during pregnancy is not only detrimental to the health of the mom and the newborn child, but analysis such as this suggests that it may impact the child into adulthood and possibly even future generations as well.”

The data of the study was drawn up from USC Children’s Health study which is a longitudinal study of respiratory health among children in 13 Southern California communities.

A subset of about 300 children was looked into. 5,341 kindergarten and first graders who were enlisted in 2002 were observed by the experts. A questionnaire was used to collect information on the exposure of maternal smoking.

The findings revealed that prenatal tobacco smoke exposure was supposedly related with detectable changes in DNA methylation patterns for two types of DNA methylation. These were global methylation and methylation in the promoter region of cancer or developmental related genes.

Children exposed to prenatal smoke apparently had a notably lower level of global methylation, which was calculated using the DNA repetitive element AluYb8. As opposed to it, children exposed to prenatal smoke apparently had drastically higher methylation levels in the promoters of the genes AXL and PTPRO. Supposedly gene expression of both genes have earlier been established to be connected with DNA methylation levels.

Co-author Hyang-Min Byun commented “During pregnancy, there is a natural process of methylation reprogramming where small chemical compounds are removed from the DNA bases and then reattached a short while later, so it’s reasonable to think that an environmental exposure could alter DNA methylation during this period.”

Breton added that this analysis could be an important first step into understanding about the relation between happenings in the uterus to health outcomes later in life. It also reveals how we may be able to intervene in these developments on an epigenetic level. For instance, it’s possible that exposure to maternal smoking may cause epigenetic changes that make children more susceptible to developing asthma.

This study will appear in the September issue of the American Journal of Respiratory and Critical Care Medicine.