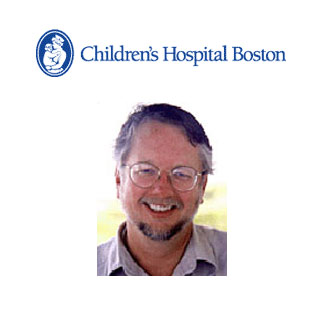 It is noted that skin and hair follicles are almost constantly being renewed in the body and are maintained by specialized stem cells. A new study conducted at the Children’s Hospital, Boston claims to have identified a small cellular channel that supervises hair and skin growth. This channel can be targeted with small-molecule drugs, thereby possibly treating various skin conditions, thinning hair or unwanted hair growth.

Apparently, there are various factors that are responsible for the growth and specialization of cells in the epidermis. The two important factors are transforming growth factor alpha (TGF-alpha) and the receptor for epidermal growth factor (EGFR). Without these elements, mice could well have wavy hair, and in case they are overactive the mice may not have hair at all.

However, it appears that these growth factors are not of much use, as they don’t make ideal targets for drug treatments. This may be due to the fact that they are found all over the body and any treating them as possible drug targets may lead to side effects.

The study led by David Clapham, MD, PhD, of Children’s Hospital Boston, and Haoxing Xu, PhD, of the University of Michigan, found that another protein present in the skin, TRPV3 ‘supercharges’ the TGF-alpha/EGFR pathway. When the scientists removed the protein, the mice had a thinner outer-skin layer that was more or less dry, scaly and appeared to be less intact and more permeable. On the contrary, normal mice had thick, robust outer skin barrier with tightly linked toughened cells, which is known as cornification.

It was also noticed that mice who lacked TRPV3 protein, developed wavy coat and curly whiskers. Clapham is of the opinion that the wavy hair may have been a result of the abnormal functioning of the epidermal cells. This abnormality may have been caused at the base of the hair follicle which usually is rich in TRPV3, thereby causing the follicles to grow in different directions and preventing smooth extrusion of hair.

TRPV3 is an ion channel, a small pore that opens up to admit calcium ions into the cell. By experimenting on the protein, it has been discovered that it is activated by EGFR. This activation causes an influx of calcium that generates many signaling pathways inside the cell, inclusive of the one responsible for the release of TGF-alpha. This is followed by an elevation in the EGFR signaling which provides a positive feedback loop thereby ‘supercharging’ the system. When the TRPV3 protein was absent, TGF-aplha/EGFR signaling was dysfunctional.

Clapham anticipates that drugs stimulating TRPV3 activity may reveal a new treatment for multiple skin conditions like burns, bed sores, eczema, psoriasis, itch, fungal infections and oral mucositis which is a sloughing off of skin in the mouth due to cancer chemotherapy. He also added that it may prove helpful to develop cosmetic treatments that make the skin more firm, pliable and youthful.

He says that, “If you activate TRPV3, you might get thicker skin.”

Moreover he adds that by lowering the TRPV3 activity, the uncontrolled cell growth in skin cancer can be controlled. Infact Clapham sees a potential in TRPV3 to create hair growth or hair removal agents. TRPV3 is predominantly found in skin keratinocytes and at times in the brain as well. TRPV3 seems different from the growth factors that act in many tissues and may deliver side effects. Various Pharma companies are also equally interested in the protein as it seems to play an important role in pain sensation as well.

This study was published in the April 16 issue of Cell.