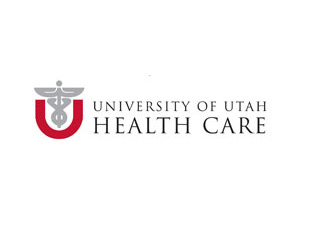 Previously we mentioned that modified yellow fever vaccine prevented malaria. Researchers from the University of Utah School of Medicine’s Department of Internal Medicine now discovered long lasting cognitive impairment in cerebral malaria may be prevented by adding antioxidant therapy to traditional antimalarial. The U.S. Centers for Disease Control and Prevention (CDC) issued a report on 11 laboratory-confirmed cases of malaria among U.S. emergency responders and those traveling in the United States from Haiti.

Cerebral malaria is known to be potentially fatal neurologic complication of infection by Plasmodium falciparum. Recent analysis reveal that cognitive deficits exist in many survivors even after the infection is cured. These deficits may hamper memory, learning language and mathematical abilities.

“Cerebral malaria and its molecular mechanisms are under intense research, but the cognitive dysfunction that can persist in survivors in the aftermath of successful treatment has gone unrecognized until recently. This complication may impose an enormous social and economic burden because of the number of people at risk for severe malaria worldwide. Our findings demonstrate that, by using experimental models of cerebral malaria in mice, we can explore mechanisms of cognitive damage and also examine potential treatments for reducing or preventing neurologic and cognitive impairment,” mentioned Guy A. Zimmerman M.D., professor and associate chair for research in the University of Utah School of Medicine’s Department of Internal Medicine and a contributor to the research.

Researchers examined the persistence of cognitive damage in mice with predictable cerebral malaria specifically post cure of the acute parasitic disease with chloroquine, an antimalarial therapy. They observed that defects in memory skills were present 30 days after initial malaria infection. This was done by conducting a range of behavioral tests on these mice. They also revealed that 11-28 percent of children who survive the infection report of cognitive deficits that last long after cerebral malaria.

Zimmerman shares, “Although we believe that long-term cognitive dysfunction after cerebral malaria is initiated by injury to the brain during the initial period of untreated infection, it is possible that the mechanisms for persistent cognitive deficits are independent of those that cause neurological injury and death during acute cerebral malaria. Future research is aimed at clarifying this point. However, we have been able to demonstrate that oxidative stress is present in the brains of mice infected with cerebral malaria.”

Researchers revealed the formation of molecules that indicated high oxidative stress in the brains of mice with cerebral malaria. Treating mice with a combination of chloroquine and two antioxidant agents, desferoxamine and N-acetylcysteine restricted both inflammatory and vascular changes in the tissues of the brain, as well as the development of persistent cognitive damage. The efficiency of chloroquine in eradicating Plasmodia from the blood did not diminish with the addition of antioxidants. Treatment of cerebral malaria and prevention of cognitive impairments in mice was effective due to combination therapy with antioxidants and a newer antimalarial called artesunate.

Zimmerman elucidates, “Our findings are exciting because the clinical implications may not be limited to cerebral malaria. Oxidative stress is thought to be an important mechanism in brain injury in other types of severe infection and in chronic non-infectious conditions such as neurodegenerative diseases. Antioxidant treatment may be a successful therapeutic strategy for controlling long-lasting neurological consequences in these conditions, as well.”

It is already known that other medical conditions among humans and their side effects are treated with the help of desferoxamine and N-acetylcysteine. Researchers suggest that these antioxidant drugs should be analyzed as additive therapy for antimalarial drugs in clinical trials. This may help to highlight their potential to lower or thwart cognitive damage after cerebral malaria.

These findings were published online on June 24, 2010 in the journal PLoS Pathogens.