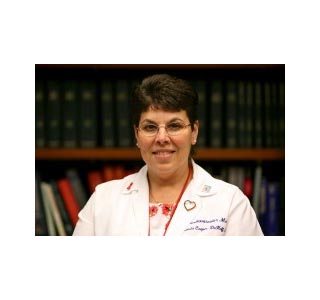 A previous investigation suggested lecithin which is a common food additive to help cure diabetes and heart disease. Patients suffering with either of the diseases are informed about the blood pressure range that can be considered as normal. According to a study undertaken by the scientists from the University of Florida, the best blood pressure range for patients with diabetes and heart disease appears to be slightly higher than what is recommended for healthy adults.

The experts claimed that an elevated risk is faced by patients with both the diseases having the blood pressure range of less than 120 systolic and less than 80 diastolic. This blood pressure range generally seems to be considered normal. The investigation carried on by the experts is known as the International Verapamil SR-Trandolapril study, INVEST.

“Sustained blood pressure lower than 120 is considered optimal for healthy people. But, our data show that for these patients with diabetes, the range may actually cause an increased risk for heart attack, stroke and death,” highlighted Rhonda Cooper-DeHoff, an associate professor of pharmacy and medicine at UF.

The authors enlightened that two out of three patients with diabetes suffer high blood pressure. 50 percent elevation in cardiovascular risk in these patients is probably linked with blood pressure more than 140. The findings seemingly revealed that the American Heart Association recommends blood pressure range lower than 115 systolic as normal.

Cooper-DeHoff said, “While lowering blood pressure to less than 140 is very important, based on our data and data recently published by others, it is now clear that in patients with diabetes, it is not necessary, and may be harmful to lower blood pressure too much.”

While conducting this novel study, experts examined the effects of blood pressure-lowering in diabetic patients diagnosed with coronary artery disease. While conducting the INVEST study, the scientists thoroughly scrutinized data gathered from 6,400 patients from fall 1997 to spring 2003. More than 850 sites in 14 countries enabled investigators to employ patients aged 50 or older.

Also the national death index for U.S.-enrolled patients was consulted by the investigators for five more years. This probably empowered the experts to compare death rates of patients on the basis of their blood pressure ranging from tightly controlled to non-controlled hypertension.

The study is published in the July 6 issue of the Journal of the American Medical Association.