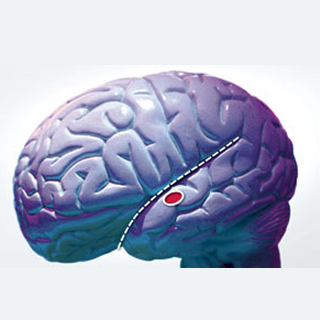 This study is geared up in setting right a certain myth surrounding blind people for ages. A continuing study by Mathilde Beaulieu-Lefebvre, a graduate student from the Université de Montréal Department of Psychology, has deflated the myth that the blind seemed to encompass a more sensitive sense of smell as compared to the sighted. Vision loss can just make blind people pay more attention to how they identify smells.

The three-step study examined roughly 25 subjects, 11 of whom were blind from birth. Volunteers responded to a questionnaire and were subjected to two experiments. In the first one, they had to distinguish 16 different perfumes by means of an olfactometer. In the second one, they lay in a tomodensitometer to recognize three smells namely a rose, vanilla and butanol i.e. sweet alcohol.

Beaulieu-Lefebvre, commented, “If you enter a room in which coffee is brewing, you will quickly look for the coffee machine. The blind person entering the same room will only have the smell of coffee as information. That smell will therefore become very important for their spatial representation.”

Maurice Ptito, a professor at the Université de Montréal School of Optometry and Beaulieu-Lefebvre’s thesis director, remarked, “There is an urban legend that blind people have better smell than the sighted. We are proving this to be false. However, the blind do set themselves apart when it comes to cognitive efforts.”

By means of functional imagery, the team found out that the blind appeared to use their secondary olfactory cortex more as compared to the sighted when they smell. They also seemed to use the occipital cortex, which is usually used for vision.

Dr. Ptito quoted, “That’s interesting because it means the blind are recuperating that part of their brain. We’re not speaking of recycling per se, yet that part of the brain is reorganized and used otherwise.”

This study could result in tangible applications in the re-adaptation of the blind.

Beaulieu-Lefebvre mentioned that for instance, smells are very peculiar in shopping centers. A hair salon, a pharmacy and a clothing store each have their own distinctive scent. We could easily foresee developing re-adaptation programs for getting around in such places.