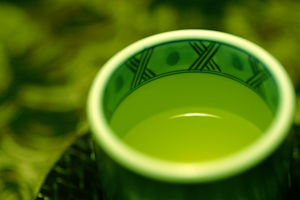 A new study has found that green tea may help protect against cancer. Researchers at Arizona Cancer Center, University of Arizona, suggest that a green tea concentrate may help some people boost their metabolic defense against toxins capable of causing cancer.

In a study of 42 people, the concentrate, composed of chemicals known as green tea catechins in amounts equal to that found in 8-16 cups of green tea, boosted production of the enzymes, which belong to the glutathione S-transferase (GST) family, by as much as 80 percent in some participants.

GST enzymes are believed to be crucial to the body’s defense against cancer-causing chemicals and other toxins, according to the study’s lead investigator, H.-H. Sherry Chow, Ph.D., a research associate professor at the University of Arizona.

“They actually convert known carcinogens to non-toxic chemicals, and studies have shown a correlation between deficient expression of these enzymes and increased risk of developing some cancers,” Chow said.

“Expression of this enzyme varies dramatically in people due to genetic variation and environmental factors,”? Chow added. “Green tea catechins somehow increase gene expression of these enzymes, which can be an advantage to people with low levels to start with,”? he added.

The study was intended to see if green tea catechin concentrate had any effect on the levels of GST enzymes in healthy individuals, an examination that could explain the tea’s anti-cancer properties.

Healthy volunteers were asked to abstain from consuming any tea or tea-related products for four weeks and then blood was drawn and baseline GST enzyme levels were determined. After taking the green tea concentrate for four weeks, a second blood test was taken.

Researchers found that little variation occurred for those with high or medium GST levels. But it had its most significant effect in volunteers whose baseline blood measurements showed low GST activity, an 80 percent increase compared to baseline GST activity.

“This is the first clinical study to show proof that chemicals in green tea can increase detoxification enzymes in humans. There may be other mechanism in play by which green tea may protect against cancer development, but this is a good place to start,”? Chow said.