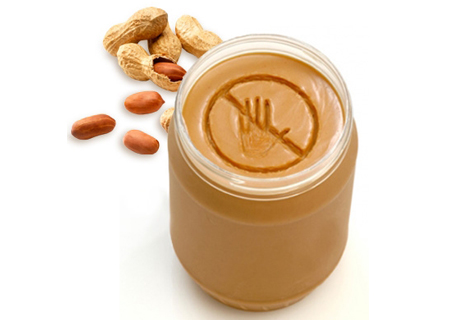 Many people believe that, they are allergic to a particular food item. But a recent study undertaken by the National Institute of Allergy and Infectious Diseases (NIAID) declared that, from 30 percent Americans who claim to have food allergies only fewer than 5 percent actually face the same. This happens because of the unreliability of the skin test that doctors commonly use to detect for food allergies.

Study authors highlight that, the immune cells of every patient should be thoroughly examined. This enables the doctors, to accurately measure the cells’ response to allergens such as milk and peanuts. Hence, a blood test will not only be able to give a fast result but also a more reliable one.

MIT chemical engineer Christopher Love said, “Using this technology, doctors could one day diagnose food allergies with a simple blood test that would be faster and more reliable than current tests. With a large number of diagnoses, it’s ambiguous. A lot of times it’s almost circumstantial whether you’re allergic to one thing or another.”

Prior study conducted claimed that 6 to 8 percent of children under four, and 4 percent of people five or older, have at least one food allergy in the United States. Amongst them milk, peanuts, eggs and soy are the most common allergens. When the body misunderstands a protein in a food for something harmful, food allergies occur. Allergies may occur in the form of rashes, hives, and difficulty in breathing or gastrointestinal distress. But some allergies may be life-threatening like an anaphylactic shock that, calls for an immediate treatment.

Usually, in order to determine whether the patient is having a food allergy, a skin test is supposedly recommended. During the skin test, small quantities of potential allergens are placed, under the skin of the patient’s arm. Immune cells may then release histamines, if the patient’s blood has antibodies specific to that allergen. These histamines develop an itching and redness at the spot, where the allergen is placed.

Apart from a skin test, doctors may also make the patient undergo a blood test. This makes it possible to directly measure, the presence of particular antibodies in the patients’ blood. It should be noted that, both of these tests share one disadvantage in common. The presence of antibodies to a particular allergen need not seem to always mean that, the patient is allergic to that substance. Hence, the result can claim false positive results.

However, the technology developed by the MIT chemical engineer seemingly denies detecting antibodies. Instead, the system appears to screen the patient’s immune cells for small proteins known as cytokines. It is assumed that, cytokines are produced by the immune cells like T cells, whenever an allergic response is received. This further attracts other cells to get included in the response.