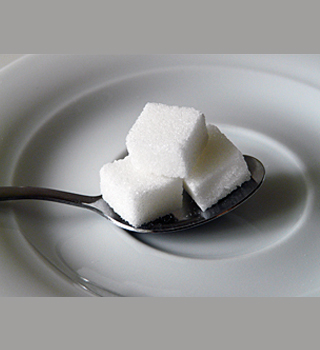 Two to twenty percent of the population in the industrialized world probably get, type 2 diabetes and these individuals seem to be at an increased risk for 24 types of cancer. As a recent study conducted, by the German Cancer Research Center (Deutsches Krebsfor – schungszentrum, DKFZ) apparently revealed that, those people who are affected with type 2 diabetes are probably, more prone to 24 types of cancer especially, liver cancer and pancreatic cancer. But the outcome of the study also revealed that, these people may face an extremely lower risk of prostate cancer.

In order to determine, the role of diabetes in the formation of cancer, the scientists claim to have conducted the biggest ever study on cancer risks. Kari Hemminki along with colleagues in Sweden and the United States undertook the study, which included a vast sample of 125,126 Swedish citizens. These individuals had been hospitalized, due to problems associated with type 2 diabetes. The cancer incidence in these patients was then compared, with the general population in Sweden.

Kari Hemminki of DKFZ shared, “Right now, we can only speculate about the causes. Possibly, a lower level of male sex hormones in diabetics may be among the factors that are responsible for this.”

For the first time, the correlations between diabetes and less common types of cancer were quantified. It also appeared to the study authors that, people with type 2 diabetes have an increased risk of developing 24 of the types of cancer especially liver cancer and pancreatic cancer. When compared with the general masses, the risk for pancreatic cancer was increased by factor six. Incase of liver cancer, the risk was more by 4.25. Risk of cancers of the kidneys, thyroid, esophagus, small intestine and nervous system was apparently registered to be more than twice as high. It was also reported that, the people with type 2 diabetes especially those who share a family history of the disease may display a lower risk of prostate cancer.

The scientists determine that the cancer risk didn’t increase, because there were tumors already present in patients with type 2 diabetes, the investigators examined the number of cancers that had occurred after one and five years in the patients. The outcome was that a slightly lower risk was registered although the trend remained as it is.

The authors further analyzed a registry following every hospital release in Sweden from 1964 to 2007. This study data will be further included with the Swedish National Family Cancer Database, which registers all cancer cases that have occurred in Sweden since 1958.