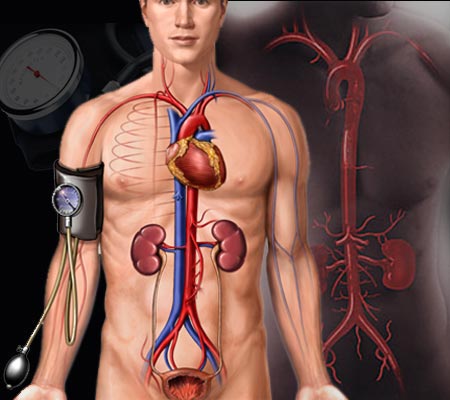 Tension and stress are two words a vast majority of us experience, use, abuse and misuse. Ever since the invention of the light bulb, our days are becoming longer and longer. With every new invention, from the lap-top to the cell phone to the I-pod, more demands are put on our time, energy and attention. The latest in telecommunication helps undo the difference of time zones and distances of geography.

With economies growing in a blinding blitzkrieg, there is lots to be learnt, lots to be done, lots to earned in fairly limited time.

Despite all these innovations, one thing we can’t cure is the 24 hour day and the amount of sleep and relaxation every human being requires. The result, albeit not in totality, is the rising incidence of circulatory diseases. WHO estimates over 17 million deaths a year due to cardiovascular or circulatory diseases.

While public health policy, cost of medical care and a host of social and economic concerns are important issues, the need of the hour is awareness.

Initiatives such as ‘World Heart Day’, observed on 30th September this year, organized by the World Heart Federation can go a long way.

What exactly is hypertension?

Leading causes of mortality such as coronary heart disease (which is the fourth largest cause of death globally) and stroke are both related to hypertension.

The pressure the blood exerts on the walls of the arteries and veins is called blood pressure. It is lower when the body is at rest and rises during physical exersoon or due to stress. However, when pressure is persistently higher than normal, even when you are resting or relaxed, you are suffering from hypertension.

Hypertension can be primary (or essential) or secondary. Primary hypertension indicates no specific medical cause and may simply be a consequence of aging. The arteries may also constrict due to a high fat diet putting strain on the heart and the circulatory system. It is believed that upto a third or more cases may be genetically linked, i.e. inherited. However, a lot of factors interact with genetic factors leading to clinical manifestation.

Secondary hypertension is due to one or more specific cause, i.e. it is secondary to other complications such as renal problems, hormonal imbalances, side-effects of drugs, complications during pregnancy etc.

It is more common in males.
More so, in the middle-age group and above.
However, more and more cases are being reported among younger age groups and disturbingly so.
It affects not only adolescents, but also kids, accounting for 2-5% of world wide cases.

Diagnosis, in most cases, is incidental. The physician notices elevated pressure during routine check-up or as an examination due to another condition.

Hence, a large number of cases go undetected. In case of children, actual reported cases may only be a small fraction of actual occurrence.

What should I do?

This article aims not to re-state oft-repeated risk factors and precautions but to suggest a well-informed and aware outlook towards the condition. So at the cost of appearing headstrong, here are a few points:

The important point to note here is that these are all silent killers, much as the disease they cause.

All the above mentioned factors bring down overall efficiency of the body and degrade the quality of your life in more ways than one can imagine and perceive.

Every cigarette smoked increases your blood pressure, affects your respiratory system, decreases oxygen absorption and so on.

A seemingly innocuous habit such as not drinking enough water or not going to the bathroom often enough at work because you don’t like the facilities or can’t spare the time can in the long run lead to kidney problems. These in turn can lead to hypertension.

Hormonal-chemical balances in the body affect moods and pretty much every function of the body. Unhealthy eating habits and stress not only mean an unhealthy weight (over weight or under-weight) but also keep energy levels low. You get tired and irritated more easily, so you stress and eat more junk food and the cycle continues.

Exercise helps release endorphins that actually make you ‘feel good.’ It improves absorption of food. Short bursts of intense work out sessions can help you burn those excess calories and purify the body.

Insist on a blood pressure check-up when you go to your physician.

For people who are already afflicted, avoiding your medication is the worse thing a person can do. Strictly follow the doctors’ instructions like controlling sodium (salt) intake. A sincere regimen will ensure you require only smaller doses and perhaps even reduce the amount of dosage.

Is your child under stress?

It has been observed that children of parents suffering from hypertension are more likely to suffer from it. This off course may be directly linked to inheritance but the kind of atmosphere that prevails in a household where the elders are suffering from a chronic disease may also affect the child.

Keep an eye on your child’s stress levels, don’t compare the amount of work and pressure he or she is under with what the latest fancy schools are demanding but to what you did in your childhood, no child needs to work more than that.

Spending time at home and on the playground is far more important for a child’s overall development than any classroom.

School-going children’s routines are becoming increasingly sedentary as they spend more and more time studying and on the computer with the latest in empty calories for nutrition.

It would be advisable to take your child for a check-up, at least once a year, if not to a cardiologist than your family doctor.

But above all this preaching, what might really help is taking a moment for your self and pondering on what is truly important in life, the next promotion with a B.P of 90/140 or the present comfortable position with a B.P. of 70/100?