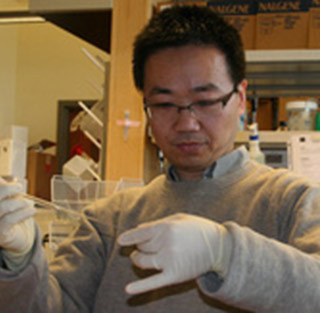 Scientists look rather consistent in their uphill task of developing a treatment for HIV. More recently, a USC scientist has created a virus that apparently kills the HIV-infected cells. The notion can be virus killing a virus in this case.

The newly uncovered lentiviral vector strikes HIV-infected cells, marking them with something known as the ‘suicide gene therapy.’ This enables the medicines to objectify and kill them later. The procedure is similar to the military practice of buddy lasing. This involves having an army man on the field to highlight a potential target using a laser beam that guides a bombing attack from an aircraft with close precision.

“If you deplete all of the HIV-infected cells, you can at least partially solve the problem,” specified Pin Wang, chemical engineering professor at the USC Viterbi School of Engineering.

Similar to a premeditated raid, the lentiviral vector technique of attacking HIV seemingly avoids collateral impairment. This tends to keep the uninfected HIV cells safe. Precise accuracy of this kind has presumably not been found by utilizing medicines singlehandedly.

Presently, the lentiviral vector has been used in culture dishes where it seemed to destroy nearly 35% of HIV infected cells. Nevertheless, if these trials are conducted in humans then the process is touted to take place several times to bring about optimum outcomes.

The scientists may now conduct tests with mice to gauge the process. Wang concludes that though it is a major breakthrough in the medical arena, it cannot be considered a cure. He added that the research is at a preliminary level but is certainly a step in the right direction.

The research is published in the July 23 issue of Virus Research.