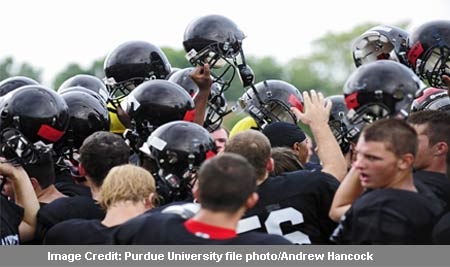 Most clinicians believe that football players suffer from concussions as a result of a single hit on the head. However, a study by experts from the Purdue University has revealed that concussions may be caused due to a series of blows to the head over a period of time.

For the analysis, a set of 21 and 24 players who had finished their first and second seasons, respectively along with 16 repeating members, were included. Each player’s Helmet-sensor impact data was pitted against brain-imaging scans and results of memory tests conducted prior to, during and after conclusion of each season. 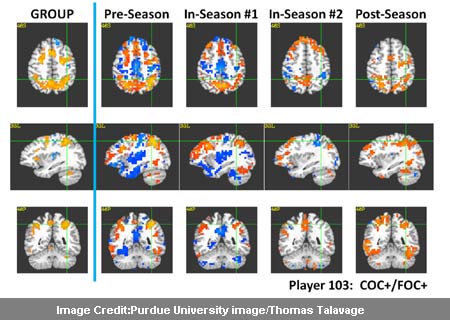 “The most important implication of the new findings is the suggestion that a concussion is not just the result of a single blow, but it’s really the totality of blows that took place over the season. The one hit that brought on the concussion is arguably the straw that broke the camel’s back,” commented Eric Nauman, an associate professor of mechanical engineering and an expert in central nervous system and musculoskeletal trauma.

As per the observations in the fMRI reports, players seemed to access a different strategy to undertake a task that apparently reduced their functional potential. As players experienced hits, their performance was intact, but their brain activity underwent alterations. After continual hits over a period of time, specific portions in the brain may no longer be deployed to perform an activity.

Most professionals believed that players who do not encounter symptoms of concussion are possibly safe. But, the findings in this trial implied that there could be a host of changes in the brain mechanism of players even in the absence of symptoms.

Though it is considered that many players may be more prone to head injury, this analysis suggested that the number of hits a person received over a course of time may be the deciding factor. However, changes in the fMRI scan and their relation to cognitive impairment cannot be thoroughly affirmed as more analyses are required, the scientists concluded.

The study is published in the Journal of Biomechanics.