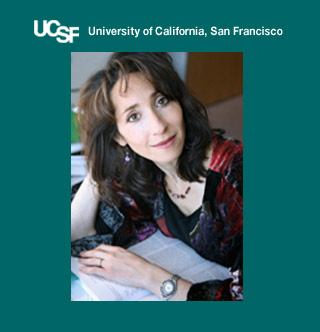 Minute pieces of DNA that are termed as telomeres enhance genetic stability and act as protective sheaths by maintaining the chromosomes untangled. A previous study ascertained that short telomeres are linked to a range of health problems. The University of California, San Francisco (UCSF) revealed that vigorous physical activity as brief as 42 minutes over a 3-day period, similar to federally recommended levels, can protect individuals from the effects of stress by reducing its impact on telomere length.

The investigators explained that short telomeres can cause health issues from coronary heart disease and diabetes, to early death. They affirmed that the effects of stress-induced cell aging can be safeguarded by exercise and also highlights the benefits of physical activity at the cellular level.

Elissa Epel, PhD, who is one of the lead investigators and an associate professor in the UCSF Department of Psychiatry added, “Telomere length is increasingly considered a biological marker of the accumulated wear and tear of living, integrating genetic influences, lifestyle behaviors, and stress. Even a moderate amount of vigorous exercise appears to provide a critical amount of protection for the telomeres.”

The investigators included 62 post-menopausal women during the study. Many of these women were caring for spouses or parents with dementia. At the end of each day for over a period of three days the women confirmed the number of minutes put in vigorous physical activity. They revealed an elevation in heart rate and/or sweating. They also described their perceptions of life stress that they had experienced during the prior month.

The investigators analyzed their blood’s immune cells for telomere length. The results supported a previous UCSF discovery which supposedly reported that psychological stress adversely affects the immune cell longevity in premenopausal women. This is because it is related to shorter telomeres. As per the study, participants were divided into groups and were termed as an inactive group, and an active group i.e., they met federal recommendations for 75 minutes of weekly physical activity. It then appeared that the participants belonging to the inactive high stress group had shorter telomeres but the same was not registered by the active high stress group.

Eli Puterman, PhD, lead author and a psychologist in the UCSF Department of Psychiatry commented, “At this point, we have replicated previous findings showing a link between life stress and the dynamics of how cells age. Yet we have extended those findings to show that, in fact, there are things we can do about it. If we maintain the levels of physical activity recommended, at least those put forth by the CDC, we can prevent the unyielding damage that psychological stress may have on our body.’’

This means that stress predicted shorter telomeres in the sedentary group, but not in the active group. The Centers for Disease Control and Prevention (CDC) prescribed 75 minutes of vigorous activity a week for adults this could also be replaced by 150 minutes of moderate activity in addition to weight-bearing exercises. A timeframe of only 90 minutes per day is recommended for children and adolescents.

The CDC recommended level in older women of vigorous exercise for adults seem enough to buffer the effects of stress on telomeres. But the investigators claim that this finding should be unraveled by larger samples too.

Eli Puterman shared, “Our findings also reveal that those who reported more stress were less likely to exercise over the course of the study. While this finding may be discouraging, it offers a great opportunity to direct study to specifically examine these vulnerable stressed individuals to find ways to engage them in greater physical activity.’’

The study has been built up by extracting facts from a previous UCSF study which alleged that chronic psychological stress takes a significant toll on the human body by impacting the length of telomeres in immune cells. Though the actual mechanisms are unknown, a UCSF-led study in 2004 affirmed that once stress is developed it reaches deep into our cells further affecting the telomeres. It is assumed to be very much responsible in cellular aging and in disease development.

The study is also depended on an analysis that apparently claimed a direct link between exercise and longer telomeres. However, this is the novel study to determine that exercise is a stress-buffer and may prevent the shortening of telomeres due to stress.

The study is published online on May 26, 2010 in the publication PLoS ONE.