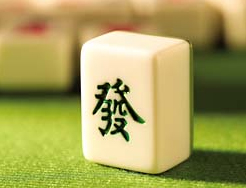 A new study conducted by Hong Kong doctors from Queen Mary Hospital have said that playing ‘mahjong’ may pose a risk to one’s health. They have insisted that playing the ‘mind game’ induces seizures.

Mahjong is an old Chinese tile game, played by four people round a table and is one of the most popular leisure activities in many Chinese communities. Mahjong involves substantial higher mental processing and outputs: memory, fast calculations, concentration. The game is also popular as gambling, but the researchers said their patients were playing for fun rather than for gambling.

Doctors have studied 23 cases and their paper concludes that mahjong-induced seizures can be considered a subtype of cognition-induced epilepsy. From the 23 patients, only two were female patients and the mean age of the patients was 54 years.

The majority of the patients experienced their first seizure while playing mahjong, without having a previous history of epilepsy or neurological disorders.

Also, the study ruled out sleep deprivation or gambling stress as the possible causes for the seizures.

“Nevertheless, the majority of MJE patients had no seizures other than those associated with mahjong, and seizure latency was as short as 1 hour. Together with the unique pattern of presentation, mahjong–induced seizure is most likely a genuine phenomenon” the research said.

“Eighty-seven per cent of patients had never experienced spontaneous seizures and, therefore, can be classified as pure reflex epilepsy.” the researchers added.

The study also directly linked the attack frequencies with how often mahjong was played. Seizure latency, defined as the time lapse before seizure occurrence, ranged from less than 1 hour to 11 hours after starting the game.

According to their findings the seizures might be induced by patterns on the mahjong tiles or the sounds of them hitting each other.

For the moment the only remedy suggested by the Hong Kong’s doctors to their patients is to avoid playing mahjong. One patient stopped having seizures after quitting mahjong but relapsed after taking up the game again.

Changes in white matter may foresee the risk of developing dementia