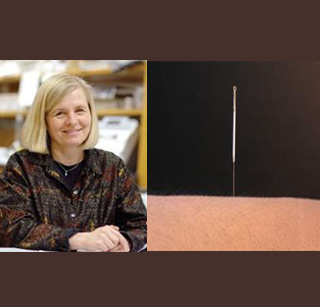 A patient undergoing acupuncture may be inserted with needles at different points on the body to either diminish pain or as a treatment for various therapies. Injuries are seldom registered by patients undergoing this treatment. A recent research at the University of Rochester Medical Center has supposedly revealed that the molecule adenosine plays a major role in laying down some of the effects of acupuncture in the body.

The investigators conducted an experiment on mice which enabled them to triple the beneficial effects of acupuncture. During the experiment the researchers included a medication usually recommended to treat patients with leukemia. For long it has been known that adenosine is a natural compound regulating sleep, affecting the heart and shows anti-inflammatory properties. But this research highlights the adenosine as a natural pain-killer.

“Acupuncture has been a mainstay of medical treatment in certain parts of the world for 4,000 years, but because it has not been understood completely, many people have remained skeptical. In this work, we provide information about one physical mechanism through which acupuncture reduces pain in the body,” affirmed Maiken Nedergaard, co-director of the University’s Center for Translational Neuromedicine.

It is assumed that in case of an injury the adenosine becomes active under skin and prevents nerve signals; this probably leads to lessen the pain just like lidocaine. The authors ascertained it to be very active in deeper tissues thus affected by acupuncture. The authors studied the effects of acupuncture on the peripheral nervous system. Complementing an advanced body of analysis, it suggests that when in the central nervous system, acupuncture may develop signals. These signals in turn seem to make the brain release natural pain-killing endorphins.

Josephine P. Briggs, M.D., director of the National Center for Complementary and Alternative Medicine at the National Institutes of Health concluded, “It’s clear that acupuncture may activate a number of different mechanisms. This carefully performed research identifies adenosine as a new player in the process. It’s an interesting contribution to our growing understanding of the complex intervention which is acupuncture.”

Even during and after acupuncture a rise of 24 times greater adenosine levels was registered in the tissues near the needles. Once the research was concluded the authors turned their attention to determine the effects of a cancer drug called deoxycoformycin. This drug is known to make the tissue unable to get rid of adenosine. They observed that the drug tripled the amount of adenosine in the muscles, resulting to elevate the effects of acupuncture. It also appeared to triple the amount of time the treatment remained useful.

The research was published on the May 30 issue in Nature Neuroscience.

Anemia-reducing medicines may be linked to deep vein thrombosis in cancer...